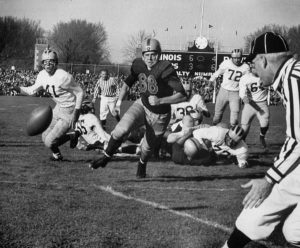 College football and basketball players are unpaid because the NCAA created the student athletic neologism in the 1950s partially to except member schools from workers compensation liability as a result of athletic injury and death. For over a half century that nonsense term has shackled talented athletes in one of the last remaining communist systems in the world—the others being North Korea and Cuba. Even communist China offers its citizens substantially more economic freedom than the NCAA offers its student athletes.
The idea of unpaid labor in America was supposed to have ended with the passage of the 13th Amendment 150 years ago. The idea that a subset of majority black labor would provide free labor for the substantial economic benefit of a majority white management was supposed to have gone the way of chattel slavery. The idea that in this most capitalistic of countries a class of people would be unable to benefit from a talent that has a recognized market value is absurd. Nevertheless, it persists, and the lynchpin behind this system is the NCAA.
While the NCAA has existed for over a hundred years, it only entered into its modern form as a parasitical money grubbing hive of scum and villainy in the 1950s, when it successfully blackmailed and extorted the Kentucky basketball team into suspending their coach, the legendary Adolph Rupp, for an entire season. The NCAA had no legal authority to punish Rupp or Kentucky. To this day, the NCAA only has what power its cowering serfs, excuse me, its member institutions of higher education, voluntarily surrender. The resemblance of a corrupt, overbearing, parasitical NCAA to a corrupt, overbearing, and parasitical federal government does not go unnoticed.
The NCAA was able to successfully convince schools to give it vast oversight authority because it had gone behind the backs of the schools themselves to negotiated exclusive television rights for college football games. For over thirty years, until a successful antitrust legal challenge in the 1980s, the NCAA controlled the pursestrings for college football revenue while at the same time dramatically limiting the number of games networks could air. Only a single party benefited from this arrangement—the NCAA. The schools, players, networks, and advertisers did not, as evidenced by the explosion of college football on television following the successful challenge waged by the valiant board of regents of the University of Oklahoma. They are valiant because they set in motion the events that would lead to a massive flowering of commerce around both college football and college basketball, with billions in new revenue generated simply by feeing the market from the artificial constraints imposed by the NCAA. 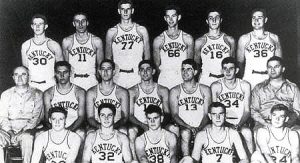 Not only does the NCAA prevent athletes from a share in the television, ticket, and merchandise revenue they generate, it extends its grubby and grasping paws to limiting any revenue an athlete can earn from a third party. Athletes are barred from earning any compensation for autographs, endorsements, advertisements, or even their own likeness in a video game. The demise of the EA Sports NCAA Football video game franchise is instructive. A legal challenge by former players was successful and EA Sports was ordered to pay former players for their likenesses in the games. EA Sports wanted to continue to make its game series and offered to pay current players. In addition, EA Sports would continue to pay conferences and schools for licensing. EA Sports wanted this. The players wanted this. The schools wanted this. Millions of avid gamers wanted this. Only the NCAA in its limitless corruption and infinite wisdom said no. If only gamergate had been around at that time, for they surely would have found the NCAA a fitting monster to vanquish.
The NCAA, in asserting its complete authority over almost every action a college athlete takes, and ensuring that athlete could in no way economically benefit, has far exceeded even the social and economic norms of antebellum slave states. In many states, slaveowners allowed their slaves to farm their own gardens and sell the proceeds, or to sell their labor on their time off. That side income was used by thousands of slaves to purchase their freedom. Unfortunately, our college football and basketball athletes have no legal avenues to purchase their own freedom from the plantation of the NCAA. The NCAA delenda est.

William Faulkner's View of the Land