Whoever receives one child like this in My name receives Me; and whoever receives Me does not receive Me, but Him who sent Me.
— Mark 9:37 (NASB)
True Men of the West understand the importance of fatherhood.  Not only does our God relate to mankind using fatherhood as a model, but He has placed into the hands of fathers authority and the ability to mold children.  He gives the charge, He provides the tools.  It is up to us to use them.
Men are justifiably proud when their sons grow up to be true men. Our sons’ productive manhood, like our daughters’ muliebrity, provides both joy and constant feedback that we have finished our course, as least so far as parenthood goes.  We can move on to another, more self-directed, period of our life. I would never criticize a father who, having done that job heartily and well, decided to put down his tools. Such men are to be respected. There are far too few of them.
Still, our crumbling culture and our present national hysterias are the result of the absence of fathers. The children of this generation cannot reason.  They have little emotional continence or control. Too many of them don’t even know what sex they are. This is the direct result of overwhelming female heading of households* and education, and it is growing worse as fewer and fewer men take responsibility for their biological offspring.
Given that fact that such children, loosed into the world, hurt us all, I would like to ask fathers to consider stepping back into the arena. Not the political arena, but the arena where they have proven themselves champions already. I ask you to consider coming back into fatherhood by becoming an adoptive or foster parent.
Having been a foster father for almost 2 decades**, I intend to answer here the most common questions I get regarding foster parenting. These are questions one must consider before taking up the task of being a father to those whose own fathers have likely abandoned them.
1) Isn’t foster care a lot of work?  More than you can imagine.  Remember how hard it was raising your own kids? It was a ton of work, and they were generally normal, stable, healthy children.  Now imagine those kids broken and abused, born on meth or crack, undernourished, without parental affection – these are the kinds of kids that you will come across in foster care. Just the fact that they are in foster care guarantees they are wounded, if only by the process itself.
Still, you’re not going into fatherhood as you did with your own kids. If your kids are grown, you’ve got experience, maturity, stability, confidence.  You know you can do it because you have done it before.  You have exactly what these kids need, even more than a clean bed and hot meals and a good de-lousing.  The toughest problems foster kids face are not physical, but emotional. Stable, experienced fathers are just about the only people who can help kids work through them. 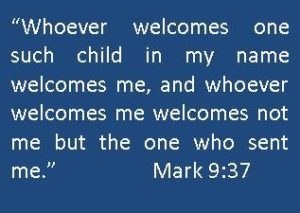 2) Doesn’t it break your heart? Every day.  Damaged kids, lying parents, lazy social workers, and heartless and inefficient courts combine to make you throw your hands up to Heaven and ask God what He’s doing in all this. You’re going to see kids’ dreams ripped away by the system. You’re going to watch their good sacrificed upon the altar of some moronic social worker’s weekend party schedule.  You’re going to sit in court, month after month, year after year, and witness continuance after worthless continuance, while nothing happens but the kids sliding past the age where they could be most easily adopted.  You’re going to see kids sent ‘home’ into situations where they do not belong. You’re going to watch the system screw over parents whose kids should never have been in it in the first place.
You will cry. But you can also wipe away the tears of those whose young lives have been shattered by a world that is much bigger than they, and before whose cold gales they stand naked and helpless.
3) Does it pay a lot of money?  The answer is twofold: 1) it depends upon where you live, and 2) if you’re worried about money, I wouldn’t ask you to do it. There are lots of foster parents who do it because it helps with the bills. It surely does. And I would say that it’s better to be in a foster home that is doing it for the money than to be in no home at all.  There is a shortage of available homes, and every one of them helps.
But if you desire to foster or adopt, consider whether you would do it even without remuneration.  I would argue that if you receive a child in Christ’s name, if you sacrifice your life, your time, and your emotional peace for that child, your reward from the Lord’s hand will be greater the less you get paid today.  Think of it as a ministry: you may get paid to do it, but you don’t (or oughtn’t) do it to get paid.
4) Is it worth it?  Only you can answer.  There are days where I’d rather have nothing to do than mess around in the garden. When my lovely wife took five kids on an East Coast camping tour last month, I enjoyed every minute of the resulting peace and quiet.  “I could get used to this,” I said more than once.  I didn’t realize how truly tired I was. However, when your adopted or foster kids cross that stage or star in the play or hit the home run, I can tell you that it feels just as good as when your natural kids do it. No matter how long or little they are with you, they will become your kids, for you will have invested yourself in them.
Our God, Psalm 68:5 tells us, is a father to the fatherless in his holy habitation.  I can think of few things that can bring Him glory and please His heart more than for us to be fathers to the fatherless in our own.
Ask yourself if you can do that for the least of these.
* Were only men heading households without female support, we would face a different set of problems.  God designed the raising of children in the same way He designed their creation: as a male-and-female joint project.
** Of the six children in our home today, none of them were born to us, though two now share our name.