I know what you are thinking already, “Isn’t Google an evil empire in cahoots with the CIA and NSA to spy on us?”
Yes. Welcome to the 21st Century Panopticon. We’re going to need some sort of tech revolution to even start unwinding that. But if you don’t want to, don’t get a Chromebook. Google has enough metadata on you already, no need to add more if you’re not so inclined.
Their Chromebooks are lightweight Linux devices. The OS is a wrapper for their Chrome Browser, basically, and is easy and nice to use. Think of them as dedicated browser devices.
Because of that, the hardware is light. A decent screen and keyboard, low powered CPU that doesn’t require a lot of battery, long battery life, and all flash storage. This means local storage is near nil. You won’t be replacing your laptop, much less your desktop, with one. 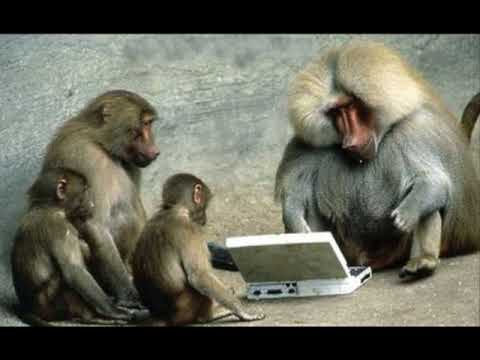 It sounds under powered. It is. That’s not the point. The point is get you to drink the Google Office Kool-Aid and that’s where these devices make sense in some regards. Google’s answer to MS Office is great for general usage. They keep pouring effort into and it’s starting to show well. Since a lot of computer use is browsing and standard office work, this is a great niche for these devices. Chrome OS keeps a local copy of your files on the SSD card for the times you don’t have internet access. The syncing seems to be solid for normal use cases. I have worked on a doc on my laptop, walked off, pulled it up on my phone, made changes, then went to the Chromebook and everything was up-to-date. For cloud syncing and storage, Google has sunk a lot of resources into the process and it holds up under usage.
More and more solutions have been coming to the Chrome App Store. Odds are you can find something close to what you’re looking for. I haven’t found one that matches native app usability, though. For what these devices are, it’s fine.
The best uses for the Chromebook as its designed is for family members that need a laptop but you don’t want to deal with Windows or spend the money for Apple to get what would be functionally equivalent.
And they are cheap. Under $200 gets you decent Chromebook. Sure, you can spend up to $500 on one, but that’s up to you. The newer ones are also touch screen, if that’s important to you, and some of those are the kind that the keyboard flips behind and they become a tablet.
But it gets better. And by ‘better’ I mean ‘nerdier’.
Remember how I said it was a Linux device? You can install Linux on them.
There are three main ways of doing this, each with their own pros and cons. The biggest challenge is figuring out what a particular brand and model support. The ARM chipsets have the fewest options while the Intel Core series have the most.
You have to put the Chromebook into developer mode which will probably void warranties and offend some sort of legal and/or regulatory body. Your call on this.
There are three basic ways for leveling up your Chromebook:

Crouton is the easiest and with the most support.
External boot is more touchy but not much more. You’ll need a USB thumb drive, a distro that runs on your Chromebook hardware, and software to prepare the USB drive.
Dual boot is when you allocate storage space to a different OS and pick which one to run on boot.
Replace is similar, but instead of sharing, you replace ChromeOS with a different Linux distro.
I took an old ARM Samsung Chromebook and started researching and trying out different options.
Crouton worked. I installed XFCE and found it sort of usable. I deleted the install and went with a straight up command line target based on Ubuntu Xenial with no problems. Starting it up was snappy since crouton doesn’t do virtualization, it uses the ChromeOS instead. I installed Python 2.7. Once I confirmed that was working, I installed scipy, pandas, numpy, and a stats package, all for Python. It took quite some time, that little ARM processor isn’t a powerhouse. I ran some quick smoke tests. I need to do some benchmarking but my initial pass indicates the performance is acceptable.
Feeling bold, I got the statistical language R installed with a little work by adding the official CRAN repo to the apt sources. Again, it takes a bit of time to install. After the little Chromebook finished, I had a functioning R environment.
I installed vim and emacs with no hiccups and both work on the Chromebook.

Okay, so the Chromebook, even the older ARM versions, can be repurposed to run Linux. So what?
Even hosted inside the ChromeOS, this gives you options and control beyond what Google had planned for the devices. You can do more than just consume websites with the device, you have an inexpensive, lightweight, light powered, long battery life device that is robust and moldable to your needs. Not as much as a full-sized laptop, to be sure, but for the price new, it’s hard to beat.
As is, they are competent machines, if you aren’t overly concerned about privacy. With a little bit of work, they are much more than just a web browser. And if you have the right hardware and time, you can replace the OS with Linux, dumping Google’s spying on you laptop and just have them spy on your online activities.

The Time for Civil Discourse is Over

Libertarian to Alt-Right: Flight from Utopia