Imagine you are in a country where the majority of the citizens are fed up with the corrupt men in power.  It appears that the nation is set to vote these corrupt men out.  Threatened by this rise in populism, the sitting president who is about to be voted out calls his buddies outside of the country, and they advise him to stop the democratic process altogether.  This is what recently happened in Italy, and the outcome of what happens next in this little country will affect the world.
Italian president Sergio Mattarella has been threatened by two rising nationalist parties: Lega and the Five Star Movement.  These groups 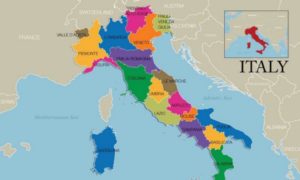 represent a nation that is tired of globalism and the globalist attempt to flood their country with immigrants who have nothing in common with Italians.  The March elections have brought Italy Paolo Savona, an anti-immigration Euroskeptic, to be sworn in as the next Minister for European Affairs.  In the face of this challenge to the Euro, foreign powers have instructed president Mattarella to prevent the transition to the next Italian government.
Who are these powers that whispered into the leftist Italian president’ s ear?  None other than Pope Francis’ Vatican.  Yes, friends, the people of Italy get to enjoy both insult and injury, as it seems the Italians–Catholic or not–get a whopping dallop of Pope Francis’ authoritarianism.  While it is well known that the Vatican of late has happily supported the globo-homo elites of the European Union, in this particular instance the Vatican especially opposes Lega for its anti-immigration stance.  Pezzo Grosso discusses this fact and more on the Marco Tosatti blog: “Immigration aimed at religious syncretism is one of the first strategic objectives of this pontificate.”

The result of this action on the part of president Mattarella is an Italian constitutional crisis.  Italy is mired social, economic, and political chaos.  In fact, right after these events, the US stock market dipped, the Euro crashed, and in the face of this political uncertainty, the US Federal Reserve has put a halt on increasing rate hikes.  The value of the Euro itself had dipped.  And as all of this turmoil continues, thousands of non-European invaders continue to stream into Italy from Tunisia.  Once in Italy, EU NGOs facilitate their transfer into other EU welfare states.  Rightfully, the Italian nation is fed up with EU oligarchs.  These elites destroy whole nations for an impossible, idealized, leftist, Utopian socialist vision that involves an out-of-control invasion from Africa and the Middle East.
Why in the world would European leaders–let alone the pope–desire to barrage the nations with a foreign invasion?  Why would elites want to destroy their own posterity?  The better question actually is this: Did the man who conceived the European Union actually desire this kind of wreckage upon Europeans?  The answer is yes.  The EU was originally conceived by a man named Count Richard Nicolaus Coudenhove Kalergi.  In his 1925 book Practical Idealism,  the father of the European Union states plainly what he wants to see happen to the European people:

The man of the future will be a mongrel. Today’s races and classes will disappear owing to the disappearing of space, time, and prejudice.  The Eurasian-Negroid race of the future, similar in its outward appearance to the Ancient Egyptians, will replace the diversity of peoples with a diversity of individuals.  […] Christianity, ethically prepared by the Jewish Essays (John), spiritually prepared by the Jewish Alexandrians (Philo), was regenerated Jewry. Insofar as Europe is Christian, it is in a spiritual sense Jewish, insofar as Europe is moral, it is Jewish.  Almost all of European ethics are rooted in Jewry. All protagonists for a religious or non religious Christian morality, from Augustine to Rousseau, Kant and Tolstoy, were Jews of choice [Wahljuden] in a spiritual sense. Nietzsche is the only non Jew, the only European heathen moralist.  In the East the Chinese people are the ethical par excellence [..] – in the West it is the Jews.

The word “mongrel” is not used in all English translations of Practical Idealism.  In the German language, the word that Count Richard Kalergi uses is “mischling,” which translates to half-breed, half-caste, hybrid, and mongrel.  In a way, it makes sense that Kalergi would wish this kind of future for all Europeans, as he himself was of mixed ancestry, being part Flemish, Czech, Hungarian, Greek, and even Japanese.  His first wife was a 13-year old Jewess.  It is not my intention to discuss Jews in this particular blog article.  However, Kalergi does go on to discuss how the future of this European Union is to be one in which Jews lead a hybridized European people in a socialist Utopia.  This is his solution to the age-old problem of “of quantity against quality, inferior groups against high quality individuals, inferior majorities against superior minorities.”
Kalergi’s racial supremacist views are there for everyone to see in Practical Idealism, and yet still, the man managed to inspire the creation of the European Union.  Yet, thankfully, it seems that at this point Europeans are turning against Kalergi’s vision.  Certainly, Italy is starting to reject the Coudenhove-Kalergi Plan.  There are already discussions of impeaching president Mattarella for what he has done.  The Right in Italy is on a steady rise, and they are set to take direct power over the country very soon.  Once Italy is in a position go “Make Italy Great Again,” a lot of wheels could be set in motion that could transform Europe.

No one likes the overreach of the European Union.  This is why the EU is starting to be rejected in different ways in different countries.    Anti-Euro sentiment is spreading, and Euroskeptics are becoming empowered at an exponential rate.  And really, who can blame these people?  Europeans are being abused by their own out-of-touch “leadership” on a daily basis.  The EU threatens the sovereignty of every country underneath its scaly wings, and it’s upsetting the citizenry very much, to say the least.
Euro elitists are terrified of Italy’s shift to the Right–AND the impact that this shift will have on the rest of Europe.  Incidentally, it appears that the latest, greatest novelty the EU has rolled out is Article 13 of the Proposal for a Directive of the European Parliament and of the Council on copyright in the Digital Single Market.  If adopted, this article will allow the EU to utilize content filter programs to decide if your content is violating any copyright whatsoever.  In practice, however, the new law will give sweeping power to the EU to impose harsh censorship on all forms of media, from news sites to blogs.  This new law will lead to brand new fines and taxes that will destroy small companies, empower big tech companies, and it will cause many countries to block content from certain websites.  Article 13 could destroy the internet as we know it.  Article 13 is just one more example of EU overreach.  It should therefore be no surprise that nationalist parties are on the rise in Europe.  Euroskepticism continues to surge as the elites continue to demean and step on the people of Europe’s nations. 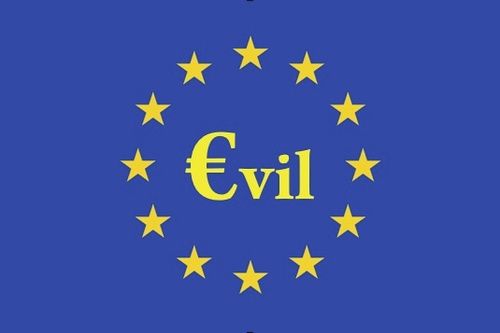 Therefore, should Italy succeed in becoming more nationalist–that is to say, more pro-Italy–then the country may very well withdraw from the EU altogether, possibly destroying it.  Italy’s withdraw from the EU could be a fatal wound to the entire thing.  The UK’s Brexit vote was just a breach in the dam.  But with this new surge in Italy, we may see a no confidence vote for the EU in Spain.  Angela Merkel has to try and form her new government in Germany after already witnessing a far-Right surge shortly after her election.  Italy withdrawing from the EU would only further upset her globalist plans.
Indeed, Italy’s break from the EU will lead to a referendum on the Euro itself.  It could be a breakup the likes of which we haven’t seen since the fall of the Soviet Union.  One can only hope.  More and more people throughout the world are becoming red-pilled.  Twentieth Century Leftism is dying.  With hope and a lot of prayer, this next generation will be able to euthanize these leftist dreams, much in the same way European socialist countries euthanize their own elderly.

Stand Fast, Men of the West