Over the past three years, we have discussed the charade that is GlobalWarming/ClimateChange/ComingIceAge/GreatGotFamous. Really, you can see our earlier posts in places like this, and this, and this, and this. So imagine our surprise that the leftist eco-freaks have ramped up their efforts. See this short clip that addressed the “Climate Protest,” where students walked out of their classes, ostensibly to bring about change in climate policies.

OK, come on. Really? Students walked out of class? We know why they did it. Because they can. When I was in High School, if you had said, “hey we are going to leave class and go walk in the street. May even get on TV,” then I would have joined up in a second. Who cares why we are leaving. Let’s just go. It has to be more fun than sitting in class.
And then we have the little Swedish girl that got all worked up about it all. Poor Greta. I feel bad for her, to be honest.

This girl’s parents should be locked up for subjecting her to this. Her scolds have no sway with any normally-minded person. They can see the manipulation behind her words. The whole thing just feels “off.” But that is the best the Left has.

This is beyond bizarre, intellectually insulting and downright creepy to a degree for which I cannot yet find adequate words to describe. ? If it feels evil… https://t.co/nwOEk0uWh1

They certainly do not have the science on their side. Besides the long train of failed predictions (I sure miss all those coastal cities now buried under water, don’t you? I mean, we were promised that NYC, Miami, etc were all doomed to drown by 2000), the climate alarmists got busted cherry picking data, obscuring disagreeing studies, and generally lying through their teeth about the whole issue.
I have long been a skeptic of climate change, as that term is normally used, referring to man-made climate change. Way back in my early adulthood, I picked up a copy of one of Rush Limbaugh’s books, where he discussed the idiocy of what was then called “Global Warming” (we had just moved on from the previous scaremongering about holes in the ozone layer, which replaced the great Acid Rain scare, which replaced the displaced Africanized Bees that were about to kill all of North America, which replaced the promised coming Ice Age…ad infinitum). Rush pointed out that the very gasses and emissions blamed for this proposed warming could not possibly do what was predicted, as a major volcanic eruption puts out more of those very same “pollutants” as mankind had created in its entire history. I found that convincing, and nothing I have seen since then has persuaded me otherwise.
On top of that, I notice that the loudest voices in this climate change brouhaha seem to really focus on making sure Americans can’t have plastic straws, must use inefficient fuel for their vehicles, keep the temp at uncomfortable levels in their homes, etc. Why are these activists not trying to get China and India to do something about pollution? It seems to me that if this is a global issue, not an American issue, then I would want to take care of the big abusers, rather than the smaller stuff. I have been in India. By mid-afternoon, you can’t see across the street for all the pollution, but I don’t much emphasis on tackling that. No, there is not nearly enough money to be made from the billions of Indians and Chinese. Americans have bigger pockets, so the focus is here.
Look, the whole thing is a waste of our time. It is a hoax. I am sorry that the little autistic girl has been hoodwinked by the hoax, as I am sure she is quite sincere. I don’t mind if some kids get out of school for a day. But don’t lecture me on how we are killing the planet. Stop being such a drama queen and stop being so arrogant. You (and I) are not that important in the ecosystem of the planet. It will continue to move on, with or without us.
But these are not just my pontifications on the issue. Here is a real, honest-to-God climate scientist. Read his stuff and get a clue. He also has a great Twitter account, where he takes on the whiners, complainers, and pseudo-scientific folks who push this moronic agenda.
Stop worrying about this nonsense. Live your life. 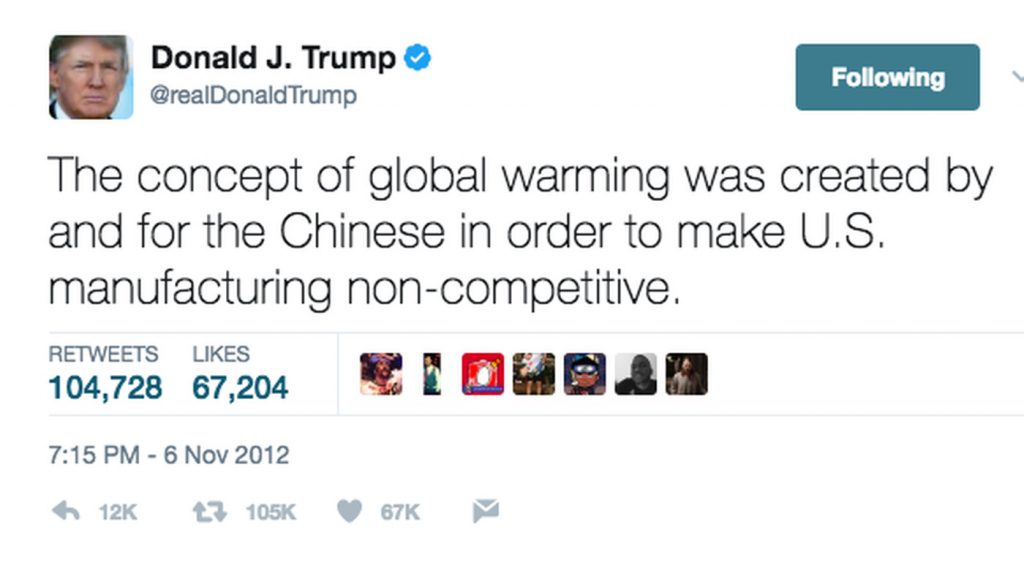 Friday Music: The Eve of the War (Jeff Wayne's Musical Version of The War of the Worlds)