Griefs and Testing of Our Faith

It was during the first years since we returned to live again in the city that our faith was sorely tried. Two of our children left for a big city. We did not like it at all but they were determined to do so. Especially the daughter caused us endless grief by choosing a profession that was entirely against the way she was brought up and also contrary to the teachings of our church. Both ministers and professors tried to convince her of the error of her ways but she could not be persuaded to change her course. Neither could we as parents prevail upon her and even the tears of her mother failed and were ineffective. Through her influence upon her brother he followed her thinking there would be a great future awaiting him as an artist. When they were gone we as parents were always talking about them and at last it affected the other children that we were so much or either too much burdened in regard to this matter. Finally one of our sons said, if she, meaning the daughter that had left, would only be converted and return, it would not make much difference how the other children were going. So you must change your action toward us, or else you may have to grieve still worse.

He was right. We took it at heart, especially when a Godly minister who had personally come in contact with her expressed to u his opinion that she was “a chosen vessel” and that he also was praying for her. We also renewed our pleading before the throe of grace in her behalf and became reconciled that the Lord’s sovereign will be done. From that time on we had a still trust and hope in our hearts that the Lord would make all things well. We also were reminded at that time of the saying of old, godly President Kruger who said, “Alles sal reg kom” (Everything will come right.)

Many times we had to seek strength in our God on account of sicknesses of our children. We were led into severe testing on account of it. We felt then that the only way open was to approach our heavenly Father for succor and for restoration. We found also time and again, the Lord is a hearer of prayers and that He also answers them in His own time and in His own wise and perfect way, to His glory.

The Blessedness of Children

There is a great advantage for the Christian to have children. The coming and rearing of them makes one feel not only dependent but also humble, for he sees his own inability to make these children to go the straight and narrow path. Also, he observes his own character sins reflected in them and very often the results of their own sins have to be borne by his offspring. It makes him pray more fervently that the Lord may through His Spirit, convert, direct and guide them. In the first place, that they, the children, may come to and make profession of faith in their Covenant God, and secondly to be led on life’s pathway unto the very end, yea to life everlasting.

There is not greater inner joy than to see your own children follow the Lord and take interest in spiritual things, to seek this kingdom of Heaven first. That is a great reward in the often difficult task of bringing up those entrusted unto you. We rejoiced in His salvation also applied unto our children in his Covenant faithfulness and in His endless long-suffering patience with us personally and our dear ones. 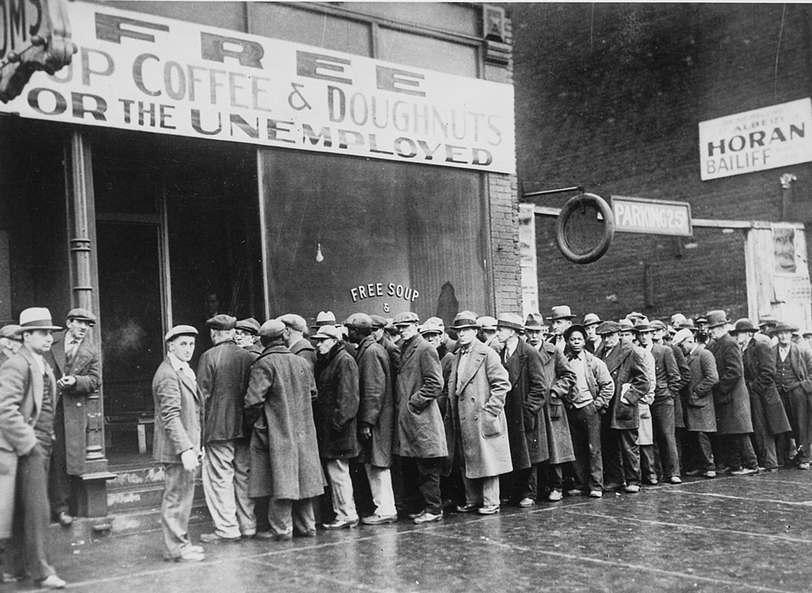 During the years that followed the First World War we enjoyed a prosperous time in almost every line of business. It was during this time that we were able to clear our mortgage of our home and also to save a little besides. This prosperity should have caused us to serve the Lord better, but I am afraid it did not. Possibly it drew us rather away from Him instead. Therefore it was necessary to chasten us and bring us back. We dealt like everybody else, even the whole nation if not the whole world, in the general condition of Depression which prevailed in commerce and industry. The result was that many places of business and banks failed and even big concerns when bankrupt. This included also the printing plant where we were employed and finally we were out on the street. The Lord prospered us however in causing us to find some other line of work and it went well as long as it lasted.

At this time the desire to do some kingdom work what I always had hoped to do some day, came to the fore. When it then happened that someone told me I ought to make application to become agent for a philanthropic institution, I talked this over with my wife, and she said, sure do it. We made this of course a matter of prayer and although the financial enumeration would be decidedly less than what I made as printer, we solicited for the position. Shortly thereafter my wife was taken sick and the doctor deemed it positively necessary to immediately operate. It was during the night between 12:00 and 2:00 that a broken appendix was removed. Her life was in the balance. The Lord graciously heard our supplication and pleadings and He graciously restored her. However, she never was her old self afterwards. During her recovery when visiting her in the hospital I somewhat expressed my anxiety about the future. Things did not look so rosy and there was the extra expense of hospital and doctor bills which in all ran into the hundreds. Then there was the matter of being unemployed. My wife surely had faith. She said, well, you will get that job and then all will be alright. I will be handling things economically and we will soon pay up these bills. She was right, as usual.
Not long after she had left the hospital I had to appear before the board of the institution. Many questions were asked and my past and present considered. There were many applicants and so I was informed it was really hard for the directors to decide but they wrote they had appointed me to the work for which I had applied. We were thankful to the Lord for His directing and providing care.

We have done this work now for a number of years and it surely holds many surprises and it is an eye opener as to human nature. One is also reminded occasionally about the truth and they have found many inventions. One is also heartened to see the true willingness of many dear Christians to do the bidding of our merciful High Priest again and again we are reminded of the words “God loves the cheerful giver”.

An Age Of Lies and Liars