You may remember the Baz Luhrmann films William Shakespeare’s Romeo + Juliet and Moulin Rouge! They both had big budgets, big stars, and got lots of exposure. They are the second and third installments of his “Red Curtain Trilogy.” Fewer are aware of the first movie in that series, the underappreciated Strictly Ballroom. Honestly, it is a fine film. It has a lower budget than the other two and did not have big name stars. If you have not seen it, it is worth the time. Now, I am not a ballroom dancer, I do not watch ballroom dancing, and have little interest in it. But the movie serves as a great metaphor for the rise (and necessity) of GenX.
Warning: There are some spoilers here, so if you don’t want to be surprised, go watch the movie and then come back. 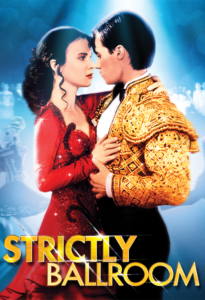 The plot is simple: a promising up-and-coming dancer has a chance to win a major dancing competition, but he is obsessed with performing his own steps, rather than those sanctioned by the authorities. His dancing partner, family, coaches, and the entire dancing community tries to make him toe the line, but he desire to do his own thing drives him. Finally, in frustration, his partner leaves, and he is without a dance partner for the competition.
Enter a “beginner” dancer, who convinces the young man to dance with her. She is not polished or able to do all the sanctioned dances, but she has heart and rhythm. Together (and with some help from her family), they compose their own dance routine, planning to perform together, even if they cannot win.
This terrifies the “establishment.” If people stop dancing their steps and routines, they will lose their authority. They will not be able to teach, as people will stop trying to do things the “proper” way.
And so they try every trick in the book to bring these two upstarts to heel.
First, they threaten. They speak from the position of authority, with the president of the dancing federation declaring that there are no new dances. They proclaim that anyone dancing non-sanctioned steps will never be allowed to win. Of course, that does not work.
Second, they shame and ridicule. The young lady is laughed at. The establishment points out that she is a beginner and not yet ready for such a stage, and that it will ruin the young man’s future, which had appeared so bright.
Third, they tried to emotionally manipulate. The old timers pull out stories from the past, telling the young man that his father had ruined a promising career with these same antics and it had broken him.
Fourth, they cheat. Rather than give anyone who challenges the status quo a chance, they rig the results, determining who will be the winner before the dance ever begins.
Finally, when the two take the stage, in spite of all the threats, manipulation, and shame, the authorities try to physically stop them, by ordering them off the stage, stopping the music.
None of it works. The crowd, who had been so excited to see the energetic couple begin to clap in rhythm (led by the formerly broken father) and the two begin to dance to the beat. Finally, the young man’s original partner steps in and restarts the music. The movie ends with everyone, except those who refuse to acknowledge the new reality, dancing as “Love is in the Air” blasts over the speakers.
I recently rewatched this movie with my family, and it struck me that the movie is a perfect metaphor for the rise of Gen X. Seriously. Go 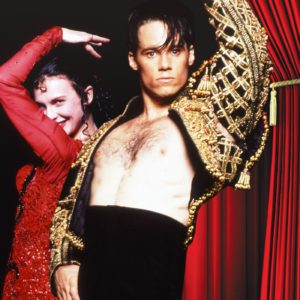 back and look at the plot. A young man is tired of playing by the same old playbook that no longer works. It is boring. He wants to try out his own steps, finding his own way. That sounds exactly like Gen X. Let the old folks play their games, but we see that it does not work and we want to change things. We want to try something different.
Now, look at the way the establishment tried to check the young couple. That mirrors exactly how the powers that be try to sideline those Gen X-led changes. They threaten as authorities. They shame. They ridicule. They lie. They manipulate emotions. They cheat. And if those fail, they turn to physical assault. Just look at how Twitter has been banning anyone from the Hard Right who speaks too loudly. FaceBook bans people for memes. The entire concept of the Deep State is evidence of this whole mess. Don’t think the Deep State exists? Then you are either an idiot or ignorant.
But in the end, none of the opposition matters, because Gen X is going to do what it wants to do. Even those who originally feared opposing the establishment find the courage to join in. It is just a matter of time. This sea change is happening now. If you have been on the sidelines, unsure of what to do, it is time to get engaged. Get your butt out on the dance floor and get busy. The Hard Right, led by Gen X is winning. And in the end, we will be the victors of this cultural battle.

You Can't Have Civilization Without Civility

Hymn: Break Thou The Bread Of Life