Editor’s Note: One of our good friends, Harambe, shares his views on healthcare, based upon his personal experience.

The case for private healthcare. Or how greedy capitalists saved my daughter’s life.

Let me just preface this by saying that I am not an American citizen and this is not about the merits of the American healthcare system vis a vis the healthcare system of [insert nice Scandinavian country here].
I am a South African living in South Africa. Like most of the European countries, we have a dual healthcare system in which the government runs various hospitals and clinics to serve the poor or otherwise uninsured public, while the private sector is free to provide the same services at a premium. 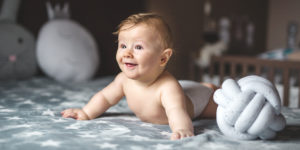 My wife fell pregnant with our first child four years ago. It was fantastic news and we were counting the days until her expected due date. However what actually transpired was that she went into labour at 24 weeks. Not having a medical aid at that time, we had to go to the nearest public hospital. That night while my wife was giving birth, a nurse informed me that since our son was not yet at 26 weeks of gestation, they had a policy of not providing oxygen or resuscitating him if he had any trouble breathing. They would however be willing to provide the minimum care as set out in their policy documents and an incubator and such would be provided. As a 24 week old fetus’ lungs have not yet developed, I was actually relieved when our son died during birth and was spared the agonising death that would have awaited him otherwise. My wife was discharged the following day, and we were informed that we would not be billed for the birth because it forms part of the minimum standard of care that the public healthcare system is required to render free of charge.
Two years later my wife fell pregnant again. This time we had joined a medical aid. At 24 weeks, the thing I feared most happened again: my wife was showing signs of premature labour. We rushed her to the private hospital where her gynecologist practiced. Upon admittance, her gynecologist informed us that they would be doing everything in their power to ensure that our daughter survived. I gave them our medical aid membership number, confirmed a couple of personal details, and my wife was ushered into a semi-private room where she would spend the next five weeks being giving various medications to suppress her labour. At week 29 though, it was clear that the little rascal wanted out and she was booked for an emergency C-section that Friday. The operation itself took all of 25 minutes. Cutting the umbilical cord, giving us a quick photo-op, and then putting her on oxygen and rushing her to the Neonatal ICU took all of two minutes. She spent the next 11 weeks in one of the best Neonatal units on the entire African continent. While she did have one or two setbacks during her time there, I am happy to report that our little one has caught up and is just slightly above-average for babies of her corrected age. While the medical aid did give me a hard time because some specialists’ rates were higher than the scheme rate, they were in the end forced to pay every single cent because medical scheme legislation requires certain things called “Prescribed Minimum Benefits” to be paid in full, and being born prematurely and having to spend time in an NICU counts as a PMB.

So why the difference in care between public and private healthcare in the same country? Well the reason is simply economics. You see, public hospitals receive funding from the government. With this funding, they have to pay salaries, buy supplies and train medical and administrative staff. The funding is determined ahead of time, usually at the start of the financial year. Even if we discount the levels of corruption found in every single public enterprise on the entire planet, we are still left with an institution whose first priority is to keep costs as low as possible so as to service the largest number of people possible with the budget they have. A $1000 natural birth is much cheaper than a $100,000 NICU stay for an infant with a very low chance of survival under a “minimum level of care” regime. You can deliver 100 babies the natural way and send them home in two days, or you can deliver one preemie and try to keep them alive for three months. It’s a tough choice, but 100 is always going to be more than 1.
The private hospital on the other hand is run for-profit. (Although I should mention that legislation prohibits medical schemes from operating as for-profit institutions). Since we were charitable and disregarded corruption at the state hospital, let’s also disregard the potential for greed at the private hospital. The better the quality of care provided, the more money the hospital makes. It is that simple. A natural birth would have netted them $3000, even if they had done nothing but give my wife an epidural and offered to cremate our dead child. But because they were “greedy capitalists,” as these institutions are often painted, they made (and in my opinion EARNED) the $100,000 for saving our child’s life. The private hospital is funded after the fact. They do not have a set budget with which to treat as many people as possible. Every patient they admit increases their income. Each pill they prescribe and each treatment they administer increases the amount of money in their account. It does not dwindle like at the public hospital. 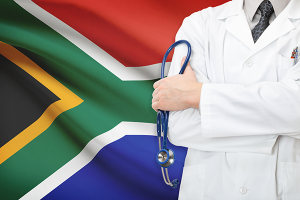 The examples I have shared are extreme in that I am contrasting third world public healthcare with what is regarded as first world private healthcare. But it is even seen in Western countries like the Netherlands, the UK, or Scandinavia where even though the public option is normally adequate, citizens often elect to acquire additional cover for private medical care regardless of this “adequacy”.
Thus even in a perfect world, the private healthcare system must always be superior because of the simple fact that their quality of care correlates positively with their bank balance. The public option on the other hand must by its nature turn over every penny in an attempt to spread it around as much as possible. And if a thing does not work even in a perfect world, how much less would it work in our imperfect world?