Part 1
Part 2
We have seen that the Dems like to proclaim every negative epithet that they can imagine simply must be applied to President Donald Trump. We have seen that he is not a racist or misogynist in earlier posts, but what about the claim that Trump is a dictator? Does that hold any water?
Not only does the left compare Trump to Hitler (just as they have done for every “Conservative” President over the past quarter century), but they openly argue that he is, in fact, dictatorial.
Well, if so, he is the absolute worst dictator in world  history. 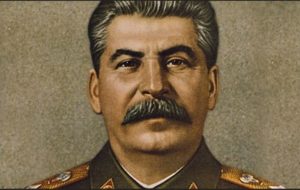 Let’s think about a real dictator, say Stalin. Imagine Stalin is sitting around, looking at the most recent list of political opponents he has marked for death, when a news flash comes over Pravda Radio:
“Breaking News! Igor Commienanov has released secret information about our Beloved Leader Stalin…”
How long would old Igor remain amongst the living? Not very long, I can tell you.
Yet that same scenario plays out Every. Single. Day. during the Trump presidency. Can you picture Stalin (or any other true dictator) allowing a Special Counsel Investigation into his administration? Of course not.
Dictators rule with an iron fist. If Trump was a dictator, we would see a border wall well on its way to completion by now. We would see lots of Swamp Creatures in jail (or dead).
Honestly, I don’t even have to go into much detail here. Just by definition, Trump is not a dictator.
It is ludicrous to say that he is. Again, the Left has lost its collective mind.
My advice? Sit back and enjoy the continuing melt down.

Sunshine and Storm in Rhodesia (Part 28)