In my last posting,  I urged you to join the NRA. I still think you should. I know they aren’t perfect. If your principles won’t allow you to join them, then at least join Gun Owners of America. There is evidence that the NRA and President Trump respond to pressure from the Republican base. Trump proposed making the age to buy an AR-15 to be 21, and then almost immediately walked it back. The NRA is suing Florida for passing that very law.
Around the country right now, there is a cacophony of useful idiots and weaponized children making noises in support of gun control. This stuff works, so make your own views known to your representatives, especially if they are on the fence. 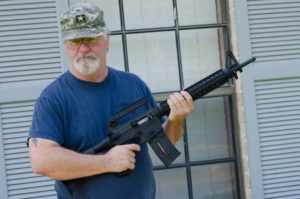 Right now, there is the so called “Fix NICS”. The bills are evolving pretty quickly, but the latest news is that Trump’s ill considered “Take the guns first” legislation is being added to the Omnibus spending bill. This is Donald Trump’s poor idea to suspend constitutional rights to take guns away from ‘crazy’ people. The NICS system already has due process constitutional issues, in that the accusation of domestic violence disqualifies you from buying a gun, without your having a say in court. That should suffice to show that the government can and will abridge your rights, and that such unconstitutional laws can stand for decades. They also are trying to fund Obamacare, tax the internet, and give amnesty to millions of anti-gun voters.  Gun Owners of America provides the details. They also provide a very easy way to email your representatives.
Keep up the pressure on businesses that don’t support our rights. Dick’s is admitting that they may lose customers after pulling AR-15’s off the shelf.  They can’t lose my business because they lost it the last time they pulled this. Walmart needs an education too. I’m not saying boycott Walmart, just buy your sporting goods from a business that has your back. They’ll feel it.
In another stunning display of Jim Zumbo-like cluelessness about who his customers are, Marty Daniel, the founder of Daniel Defense, voiced his support of Fix NICS. Thus he joins the lineup of gun industry businesses and pundits who shoot themselves in the foot by supporting even minute infringements on our rights. Within a few days, he received such a backlash that he retracted his statement. I’m sure his business will recover eventually. This scenario has played out time and time again in the gun industry, and company leadership has to be nearly brain dead to think this is a good idea. Pressure works. Apply it liberally. 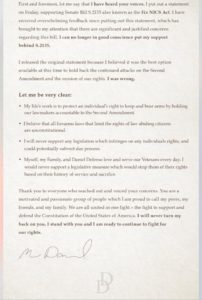 Don’t just boycott businesses that don’t support your rights. Spend money with those who do. Cabelas and Palmetto State Armory immediately spring to mind as companies that issued statements in support of the second amendment. The date of publication of this article is mARch 15, which some saint on Twitter dubbed “buy a million guns day”. I intend to buy a stripped lower receiver if I can find one. Buy a gun, buy accessories, buy some ammo. Post up in the comments what you are buying as well as companies that deserve our money.

Ideas Have Consequences: The Introduction

Friday Music: The Best of Berlioz