Mixed bag, as I see it, on Trump’s presidency recently. 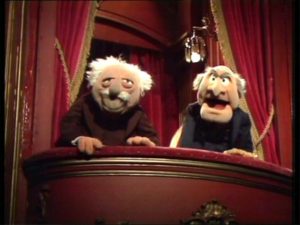 I’m not sure what is going on with Attorney General Jeff Sessions. It isn’t like Trump has never said the words “You’re fired.” before. If Trump wants to fire him, why beat around the bush? The acrimony sounds a little too great for Sessions to still have a job. So it’s possible that this is a misdirection and they have something up their sleeve.
If Trump does want to fire him, it is for the wrong reasons. Sessions should be fired for his support of the unconstitutional practice of civil asset forfeiture, wherein the government takes your money or stuff without convicting you of a crime. That is un-American as hell, and it’s a shameful thing to be happening in the US. As Men of the West, we should be raising a stink with any and all elected representatives within earshot about it.
Trump is upset that Sessions recused himself from the Russia crap. Maybe if Trump would stop acting so guilty, this would go away. Ok, I know better than that. I give even odds this investigation will still be going on in the year 2025, one year after Trump’s second term is over. Trump certainly does nothing to help his cause. The special counsel should have been given a specific crime to investigate, as well as a deadline. I expect Trump will fire him, and give the libs even more to howl about.
Instead of acting like a kicked dog, Trump should start pushing the prosecution of Hillary Clinton. Sessions could make himself useful here. The nothing burger would disappear quickly from the news cycle if the Lizard Queen gets hauled off in manacles. It’s only right. There shouldn’t be one set of rules for the Clintons and another for the rest of us. It’s a slam dunk case, everyone already knows she’s guilty. There are lots of Democrats that are crooked. The threat of prosecution may have them worrying about their own hides, instead of trying to invent a Russian front.
Healthcare is a goat screw. This isn’t Trump’s fault; the fault lies with congress. It is his fault, that when things don’t go his way, he’s trying bring in Democrats, instead of trying to reign in his own horses. We don’t need Obamacare Lite, we need a return to a free market in healthcare. Trump has at least lately stopped beating on the more conservative members. Pressure should be brought to bear on the RINO’s. It’s a frustrating situation. We can’t get them voted out, and we don’t have time to wait for them all to get brain cancer. I propose we rename Obamacare. Let’s call it McCainCare. The old goat bought it, let him own it.
Sean Spicer is out, and some guy named Scaramucci is in. His conservative credentials are suspect and he’s got a big mouth. Remember this: He’s allowed to voice Trumps policies, but we must never put him in a position to make policy.
There is some good news. Trump kicked the trannies out of the army. This is only right.  The military does not exist to put dicks on chicks or take them off men. I cannot understand how someone could think this was an appropriate use of the military’s resources, or taxpayer’s money in the first place. Better to boot them out. Obviously, if these surgeries are an issue, they weren’t there to fight for their country. He actually hasn’t given the official word yet, but for all the bluster, it’s a simple thing to do. The more cynical are saying this is just to fire up his base while his healthcare deal failed. I’ll take it anyway.
Also, Reince Priebus is out as White House Chief of Staff. He is replaced with Gen. Kelly. That is a definite upgrade.
Overall, I’d give him a B minus. Hopefully, he will continue to improve as he learns on the job. At any rate, Hillary is still not president, and that’s something we can all celebrate, no matter how bad Trump is.

Video: How Should We Then Live? – Part 1

Too much time on their hands