Lately, I have been doing quite a bit of reading about generations. Specifically, I have read Strauss and Howe’s The 4th Turning, 13th Gen, and Gordinier’s X Saves the World. Also, there is a fine website that gives an overview of the content regarding the Turning Concept (from Strauss and Howe). Not only have I poured over these books, but I also viewed many different youtube videos that cover these topics, both from these authors and others.

Now, I am hardly an expert on the whole process, and do not feel competent to cover them here, but one aspect of their generational concept is something with which I am quite intimately involved, and have been my entire life – Generation X. Yes, that is correct. I am a member of Gen X (as are the other writers, editors, and admins of Men of the West).

If you read the material on the various turnings, and the repetition of generations, then you know that one particular generation always enters middle age during a time of crisis, which we are now in. Strauss and Howe call this repeating generation the Nomads. In our day and time, as we enter the crisis portion of their cycle, Gen X is that Nomad generation. In fact, through history, it is the very nature of this group that ends up saving the day, despite their natural tendency to avoid being heroic.

Here is the standard definition of this group, per Strauss and Howe:

Nomad generations are born during a spiritual awakening, a time of social ideals and spiritual agendas when youth-fired attacks break out against the established institutional order. Nomads grow up as underprotected children during this awakening, come of age as alienated young adults in a post-awakening world, mellow into pragmatic midlife leaders during a historical crisis, and age into tough post-crisis elders. By virtue of this location in history, such generations tend to be remembered for their rising-adult years of hell-raising and for their midlife years of hands-on, get-it-done leadership. Their principle endowments are often in the domain of liberty, survival, and honor.

So here is my contribution to this concept.

I propose that the films of Keanu Reeves encapsulate the transition that typical Gen X members go through. These movies show how Gen X grows up, transitions into young adulthood, and then accomplishes the societal tasks put before them. Now, this is not an exhaustive look at his movies, and the whole premise could be developed in more detail, but this sampling gives a good overview. Consider the following:

The Bill and Ted era. 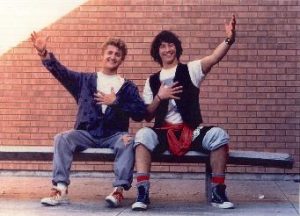 Playing Ted Theodore Logan, Reeves is a happy go lucky goofball. He is a disappointment to his father, a loyal friend, and all around slacker. In danger of failing his history course, which will keep him from graduating from high school, Ted joins his buddy Bill S. Preston, Esq., and together they take a journey through history, in a phone booth.

How does this film encapsulate Gen X? It shows the tension between Ted (representing Gen X) and the earlier generations, in this case, his father and teacher. Ted finds little value in the things these authority figures hold dear, and simply wants to do things on his own, in his own way.

Interestingly, though Bill and Ted simply want to form a band, Wyld Stallyns, and play music, the future depends on them accomplishing this goal. In fact, the whole impetus behind their journey is the fact that their music will “change the world.” That is not Bill and Ted’s intention, but it is what happens. This is fine foreshadowing.

The Parenthood era.
In this film, in which Reeves plays a supporting role, his character marries a young woman, and she soon gets pregnant. In a conversation with her uncle, played by Steve Martin, Reeves’ character states: “you know, Mrs. Buckman, you need a license to buy a dog, or drive a car. Hell, you need a license to catch a fish! But they’ll let any butt-reaming a**hole be a father.” Here, we see a young man, forced to grow up too early, learning to make do with little parental supervision, since the older generation is so caught up in their own lives. In relation to our topic here, we see that this is a generation that learns to make do with whatever comes their way, and they take life much more seriously than those who have come before them.

The Speed, Point Break era.
For several years, Reeves starred in various action and drama movies, usually playing the hero. Now, he was not a super-human hero, but just a regular guy doing his job. He was placed in nearly 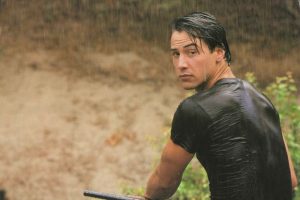 impossible circumstances, but did what had to be done, regardless of the personal cost. This is an example of Gen X coming of age. No longer adhering to the “slacker” identity often associated with his generation, his characters step up when needed. He uses creative methods to solve problems. Unlike the self-absorbed Boomers or Millennials, his Gen X heroes are selfless problem solvers.

The Matrix era.
The first of the trilogy was released in 1999, when Reeves was 35 years old. As Neo, he learns that the world in which he lived was actually a fictional existence. Reality was not what he had always been told it was. This film produced the now universally quoted example of making a choice: do you take the red pill or the blue pill? Boomers represent the blue pill, preferring to live in their delusions, but as a Gen X hero, Neo must take the red pill and escape the lies that hold him back.

The following two films in the series further show Neo’s willingness to sacrifice himself to save everyone else. It does not happen in an expected way, but that is normal for a Gen Xer. We are used to coming up with unique and “out of the box” solutions. These movies serve as a cultural turning point for most Gen Xers.

The John Wick era.
Here, we see Reeves, now entering his 50s, playing a serious, focused, and hard-boiled character. No longer do we see the jovial Ted. Now Reeves’ character is a hitman who cannot be stopped. The first of these movies introduces the retired hitman, John Wick, who simply wants to be left alone. Unfortunately, a group of young thugs are not willing to do that. Symbolically, we have a group of Millennials, tutored by a group of Boomers, who simply will not allow Wick to live in peace. Ultimately, Wick turns his attention to these people and reigns down hell fire, destroying anything that gets in his way.

He does not seek this destruction. He simply wants to be live his life, but when circumstances force him into action, he does what must be done, with no remorse, hesitation, or mercy.

So we see the lifespan of the Gen X generation in these films. Most of us who grew up in the 1970s and 80s found ourselves without lots of hands-on parenting. We were latchkey kids. We stayed home alone, figured out how to navigate life on our own terms, and made do. Older generations did not understand us, did not approve of our choices, and complained about darn near everything we did. We did not care. We just went about our business, making as few waves as possible. We made mistakes, but we learned from them. We grew up with an edge.

As we aged into young adulthood, we fought for jobs. We tried our hands at lots of things, with most of us changing jobs several times. Along the way, we used the skills we had developed in our youth to become good problem solvers. We did the jobs that had to be done. We did not consider ourselves to be special (unlike most Boomers or Millennials). We had little time for nonsense, just fixing the problems we encountered in the best ways we could.

Somewhere along the line, we figured out that the world that was passed down to us was built upon an illusion. Unlike our parents and grandparents, we did not believe the government was here to help us. We knew better. We realized that the world was not improving, regardless of what our elders said. The path we were on as a society was headed to a bad destination, and we took the red pill. We stopped playing that game, and started playing it by our own rules. No doubt, this caused even more tension with older generations, and their younger followers. Again, we did not care (and still don’t). We took the institutions given to us and transformed them, and are still doing so.

Finally, though our real goal was just to be left alone, we found ourselves backed into a corner. Really, this is where we are now. Gen X has never set out to save the world. We really did not even start out to change the world in any way. Boomers and Millennials have the market on those desires. Unfortunately, neither of them is really suited to actually do it, despite their ideological predilections that lead them to want to “change the world.”

So while we have never had the desire to effect world-changing results, we have been forced into it. Honestly, we just wanted to find a good job, hopefully working for ourselves (we do like entrepreneurship). We want to do the job in the most efficient manner and then go about our own lives. We were content to let Boomers and Millennials do their thing, as long as they left us alone. But they did not. Along the way, the Boomers wrecked the things that worked. Of course, these two generations are not at fault for everything that has happened in the last 50 years, but they have, especially the Boomers, been the catalyst for most of what is now wrong with the world. 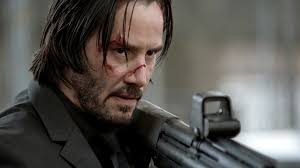 So yeah, we are in the John Wick phase now. We have been provoked, and we will do what we must do, just as we have always done. We are the ones equipped to think on our feet, adapt to change, and use pragmatic solutions to the problems put before us.

My suggestion to everyone else? Shut up and get out of the way. We are going to do what we have to do. We are going to fix things. You may not like how we do it, but you really do not have a choice. You are living in a Gen X world now. Learn to enjoy it.

What If Calamity Comes?