For my entire lifetime, I have heard the left proclaim their moral superiority over the right. They were the ones who “cared for the poor and oppressed.” They were the ones who wanted to give people their “rights,” rather than taking them away. They were for peace, not war.
At least, that is what they claimed.
It does not take someone with a staggering intellect to see through their thin claims. They have never cared about the poor or oppressed, beyond doing whatever was necessary to get a vote. They do not care about rights. They care about pushing a liberal, godless agenda. Peace? Give me a break; they love a good war as much as anyone.
But even beyond that, the past two weeks have demonstrated their moral bankruptcy. Remember when the Left screeched about homosexual rights? They lambasted the Right, as being homophobic. Now, my purpose here is not to discuss the immorality of homosexuality, though it is certainly an abomination in the eyes of God. No, my purpose here to show the Left’s hypocrisy. You see, it turns out that they only care about homosexuals who agree with their Leftist agenda. The homosexuality is peripheral. You want proof? Read this article. Homosexual Breitbart editor, Milo Yiannopoulos, was scheduled to speak at the Liberal bastion of UC-Berkeley. So how did those tolerant, homo-loving liberals respond? They burned the place down.
That’s not all. 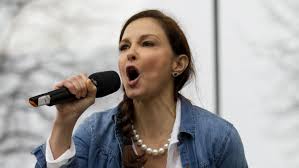 The day after President Trump’s inauguration, the lauded Women’s March took place. Where they peacefully protesting? Of course not. They were vulgar, crass, and crazed. Madonna spoke of blowing up the White House. Ashley Judd, in a rambling hysterical screed, referred to herself as a “nasty woman,” and referred to hypothetical Trump nocturnal emissions, her own menstrual rags, and more. Stay classy ladies.
Wait, there is more.
Eleven years ago, the Senate confirmed Neil Gorsuch with a voice vote to his seat on the 10th Circuit. There was no controversy. He was recognized as being qualified, so they passed him through quickly. Today? Well, Gorsuch wrote a book on assisted suicide, and he is critical of it. He argues for the sanctity of life. We know the left. They place no value on life, so they now try to act like he is not fit to serve as a Supreme Court Justice. Poppycock. He may well be the best nominee for that court in 30 years. Only an idiot or a Democrat would disagree, but I repeat myself.
Oh, we are not quite through here.
How about this gem? A PRE-SCHOOL TEACHER threatens to “kill the White House.” Since I assume she is not referring to the death of a building, that can only be interpreted as a threat on the life of the President. Note again, this is a teacher of small children. And people wonder why we advocate homeschooling. Her beef? She wants hard-working white people to throw a little cash her way. She has time to protest and threaten death and mayhem, but doesn’t have time to find a real job. Lady, if you  need more money, get a second job.
This is not a plug for the Republicans. They have been just as bad. They are just bad in different areas, but it is time that we call Democrats for what they are. They are globalists who care more about pulling in money from big donors, lining their own pockets and consolidating their own power, than they do in serving the people who elected them. In fact, they ignore their own constituents until a few months before election time, when they round  up the the troops to pack the ballot boxes.
Liberals are scum. They are the odor that emanates from scum. They had their day, and now their facade is crumbling about them, and it is high time. Our job is to pull down the rafters upon their heads. They do not care for you or anyone else, but themselves. They are not for rights, except their own. They are not tolerant, and recent events prove that.
Men of the West, we must stand firm against this evil. I know many of you have been doing that for years, but it is time to redouble our efforts. Point out their hypocrisy every chance you get. Help your neighbors to see the folly of modern liberalism. When your liberal friend begins to cry, looking for a safe space, make sure that there are none to be found. Safe spaces no longer exist. Men of the West are on the job and we will make sure of it.