Two hundred forty-two years ago, Edmund Burke spoke to Parliament, the governing body of the British Empire. The issue was the brewing discontent across the sea. They needed to tread carefully

when dealing with the restless and rustling American colonies. Sabers were rattling.

In 1766, a prominent American politician, most likely Franklin, had warned Burke of the danger of continued infringement upon the Americans. The colonists were unwilling to tolerate the existing status quo any longer.

It was 1775 at the time of his famous speech, and nine years had not improved the situation. The colonies were now more than unwilling. They were awake, armed, and angry.

Something must be done. But, what? The redcoats were ready but so was the colonial militia.

After careful examination of the situation, Burke reached his conclusion. There existed, in the colonies of the Americas, “a fierce spirit of liberty” which stemmed, in large part, from the personal and impassioned pursuit of education engulfing even the most common people. Common men, immigrants and farmers, those who lived outside the aristocracy and ruling class, had become leaders and statesmen.

In no other part of the Empire were people so devoted to the course of their own enfranchisement.   No others had become so prosperous or so bold. No other colony was this aware and conversant in the laws and philosophies of the land to which they were supposed to be submitted.

Why? What was different about the American colonists that could not be found in India, for example?

These colonists educated themselves, formed their own tribunals and legislation, and painstakingly built their own societies. In nearly every home were Blackstone’s Commentaries (an 18th century treatise on common law) where they were studied and discussed. The subjects indulged in self-reliance, without any intention of asking permission from the government, and it rattled the mighty Empire to her core.

Together with faith, an indomitable nation was rising out of the mish-mash of social, political, and economic refugees, and even across the Atlantic a middle-aged politician could see it.

“The education of the Americans is also on the same unalterable bottom with their religion. You cannot persuade them to burn their books of curious science; to banish their lawyers from their courts of laws; or to quench the lights of their assemblies…”1

These overlooked colonists were building a nation that would eventually rival any other dynasty in its power, prosperity, and influence. Burke stood on the very cusp of the American Revolution, overlooking the landscape.

Yet, the question remains: in contrast with the colonists, who have we become?

Nearly two and half centuries later, public and privates schools combined graduate 139,126 students from high school, more than ever before. Funding has escalated to more than $620 billion for resources, teachers, and facilities, and those figures are for public school funding alone.

Thousands of young men and women are proudly strutting across the stage with their cap and gown and graduating, but are they better educated? Can they think or reason? Can they even read at a college level upon graduation?

The answer, simply, is no.

What do you see when you compare today’s schools to the schools of 100 years ago? 200?

Taking the literacy issue alone, we find some staggering differences.

In 1908, middle school reading lists included Longfellow, Kipling, and that many syllabled fop James Fenimore Cooper. Currently, students of the same age read Rowling, Roth, memoirs of modern times, and articles by Time, Huffington Post, USA Today, and the New York Times, if they read at all.

Rather than expanding horizons and exploring historic and profound themes critical to understanding the foundations of upon which our country and culture were established, they read about current and modern cultural themes, void of historical context or guidance. They parrot established ideas instead of wrestling with idioms and tenets grander and deeper than the post-modern fortune cookies masquerading as philosophy.

Modern middle school students read books with language like this:

“Coach Jamison saw me in the hall and said he wanted to make sure I’m trying out for the track team!!!! Said my middle school gym teacher told him I was really good!!!!”2

While the students of 1908, in the same grades, would have read:

“This is the forest primeval. The murmuring pines and the hemlocks,
Bearded with moss, and in garments green, indistinct in the twilight,
Stand like Druids of eld, with voices sad and prophetic,
Stand like harpers hoar, with beards that rest on their bosoms.”3

Surely our forefathers would weep to see what now constitutes instruction and thought.

“In 100 years we have gone from teaching Latin and Greek in high school to teaching Remedial English in college,” observed the journalist, Joseph Sobran.

I can’t argue with him. 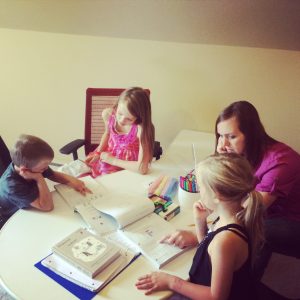 Leading research indicates our students aren’t graduating from high school prepared to enter higher education. In fact, they are finishing their primary education with a fifth grade reading level. For many, a primary grade reading level is the maximum literacy they will achieve, and the books assigned by state educators in their high school years could well be the last books they ever read.

Who do we blame? Disengaged parents? The education system? The media? The government? Is it because of the dumbing down of society after the advent of television?

Compare articles on any website or printed medium to what was produced 30 or 40 years ago and the decline is obvious. You can clearly see writing has become, over time, simpler and sparse. The use of an economy of words is finding shaky results in the marked brevity of intelligence.

In the 30’s Huxley used words like “gramme, metre, and decanting,” and in the 40’s Orwell spoke of “proles, telescreen, comrade, and doublethink.” Today, modern writer’s books are heavily sprinkled with “okay, yeah, hits, and maybe.”

This, my friends, constitutes literature. This is modern education.

Douglas Wilson, Secretary of Education under President Reagan observed, in 1991, “Education in America is in horrible shape. Never have we had so many resources spent on so many students with so little results.”4

He was right then and prophetically speaks to us now.

Until the dawning of the Information Age, for many that level of murky and tepid education was the best they could hope for without significant struggle and determination. It was a herculean task for the average person.

But then everything changed. The Internet happened, and with it, the access and discovery that we could teach ourselves anything.

The world was at our fingertips, facilitated by a keyboard and a modem, while we explored horizons we hadn’t known existed. Then we ran, headlong, into a vast unknown. Resources beyond our fledgling comprehension had become easily accessible. Reading source documents, building our own libraries, crafting opinions and convictions, we gained strength and rose to defend our beliefs with logic, passion, and intelligent discourse. The canned, thin history lessons and carefully crafted news were quickly rejected, once truth had been found. Hype and disinformation was easily demystified for the garbage that it is.

This insurgence was good. It was very good. It is good. But it wasn’t enough. It isn’t enough.

We had children. We were going to have children. Independence and self-sufficiency gain potency and fruitfulness when expressed within community. Individual strength increases, as formerly crippled minds and spirits begin advancing against an apathetic majority.

In the early 1980’s, the first trailblazers began to stir, and they fought for the right to their own education and that of their children against a government and social ideology that believed education should be found exclusively in the hands of paid experts. Following their lead, many began to gather their intellectual capital and forge an identity, unfettered from the prisons of conventional thought. Together, we joined an exodus from government controlled schools and methodologies.

The education we have found for ourselves trumps anything the federal system or tired professional educators have created with billions in research, development, and facilities. We are the freemen who once were slaves. A comprehension of the benefit of autonomy defied stunted dialectic and threatened the social controls.

At first, much like the early colonists, cobbled together home educators were mocked and dismissed. We didn’t care. We weren’t doing it for the applause. No one truly home educates for acclaim. 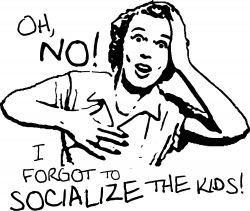 “Un-socialized” and under privileged students are graduating from the kitchen table academies with honors that rival the very best private schools, capable of a foundational and often conversant education in classic languages, proficient in higher maths, and well read. Able to take information and evaluate it independently, they are equipped to accept or reject ideas based on personal conviction. Beyond counter-cultural, they are alien to the modern thought.

We believe everyone should have the right do choose their own education, and classical and unconventional educators have joined together as a whole new generation is graduating. Now, they are teaching their children. An entire subset of society now exists, capable of alarming the propaganda makers and defying them. We think for ourselves. Refusing to sit down or shut up, the lies of a frightened and controlling municipality became too much to swallow. We exist in stark contrast to the factory line graduates spilling out of classes every spring.

If only our elected leaders would ask what Burke asked in 1775, “What is it we have got by all our menaces, which have been many and ferocious?”5

What have they got? Students are leaving the government schools in droves. The unwashed masses have increased home-educated students in the past 10 years by 61.8%.

This new generation has examined and condemned the cost of brick and mortar schools. A hefty price is being paid both in resources and the destruction of the minds locked inside. Free thinkers reject a flawed and broken philosophy of secular, humanistic, indulgent hedonism attempting to impersonate education. They have seen history in its fullness, not the watered down comic book versions writ large by the state to create a complacent and submissive worker bee. We have tasted independence and will not settle for the regurgitations of weak-minded politicians.

Once you see it, it is easy to mimic Orwell and reject those whose language “…is designed to make lies sound truthful and murder respectable, and to give an appearance of solidity to pure wind.”

In his appeal to Parliament, Burke declares,

“In this character of the Americans, a love of freedom is the predominating feature which marks and distinguishes the whole: and as an ardent is always a jealous affection, your colonies become suspicious, restive, and untractable, whenever they see the least attempt to wrest them from them by force…what they think is the only advantage worth living for.”6

The self-taught are starting to rustle. We’ve tasted freedom, and it is good. Restless in our homemade libraries, looking at those who wish to silence and diminish us with suspicion and distrust, we 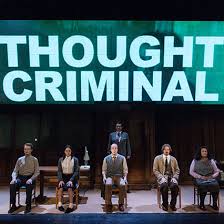 are refusing to stand down. Grass roots organizations manned by stay at home moms and dads in their spare time are rising up to protest the abuses heaped upon those whose only demand is the liberty to operate under the same auspices as all other citizens of this great nation.

The new era colonists are awakening. They are thinking. Decisive action is rumbling across the nation. Talking heads are falling, and independent voices are getting louder and louder.

The Cost of Desegregation