One of the key tenets of the Men of the West strategy for reclaiming Western Culture is the production of more Western children. In other words, Men of the West should get up from their keyboards, find a good woman, get married, and produce offspring. Lots of them. Generally, we view three children as being the absolute minimum. Any less, and we are not producing offspring at a rate sufficient to ensure the survival of the West. 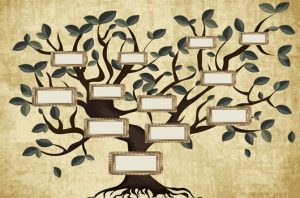 As we accomplish this vital task, we must also consider how one should go about naming these children, because names matter. In modern times, this important component has often been overlooked, leading to the proliferation of idiotic names that one comes across on a regular basis. There is no need for us to produce an exhaustive list of these abominable appellations, since we do not want to encourage their continuation. Plus, you know exactly what we mean, since you encounter them, too.
If you do not think names are important, then tell me if you are considering Judas or Jezebel for your own children. Of course not. We know that those names are so tarnished that they would lead to disastrous consequences for the children so named.
Names mean something. In some cases, the names have literal definitions. For example, the name “Joshua” is an anglicized version of a Hebrew name, meaning “YHWH saves.” Or consider “Sarah,” another anglicized Hebrew name, meaning “Princess.”  “Robert” has a Germanic origin and means “Bright Fame.”  Sometimes names speak of locations, familial history, or other important aspects of culture. Suffice it to say, the naming of children, and the choice made in that regard, is important.
So how does one properly choose names for children? There are three major acceptable options. These options can be mixed and matched, when appropriate. There are also some potential exceptions to these naming strategies, which will be addressed.
First, you can go Biblical/Religious. This is an easy option, especially if your family has not previously been cognizant of the importance of proper naming. Read the scriptures and find a good name that exhibits the characteristics you want your child to embody. If you come from a church that recognizes important religious leaders from post-biblical times, then you can consider them, as well. Popular choices from this category would be the names of the Apostles, Old Testament heroes, martyrs, and saints. Using this option allows your child to have an established tie to his (or her) spiritual forebears.
Secondly, you can use important historical names. Often, these names overlap with the first option, but there are some exceptions. You might choose names from military heroes, national heroes, or other important historical characters. This is a great way to connect your child with his (or her) cultural ancestors.
Thirdly, traditional family names are a viable option. Here, you can choose to name a child after the father, grandfather, or some other recurring name in the familial lineage. One common option, in the South, is to use the mother’s maiden name as the child’s middle name. Sometimes, that might produce some odd names, but it still establishes a connection between the child and his (or her) heritage. Whether using a maiden name or not, it is common, and acceptable, to name the child after an admirable ancestor. Of course, the names in this list will often have much overlap with those in the first two strategies.
Those are the three major strategies for naming a child. Now, that does not mean that a child not named from these options is poorly named. For example, it is also acceptable, though less common, to name a child after a location of significance. Perhaps one would like to name a child after a prized object (within reason – do not name a child something like “Dodge Ram”). These techniques are acceptable, if used properly, but should probably be reserved for those who have established the ability to effectively name children. In other words, do not attempt this on the first child. Save it for the fifth or sixth, once you have your feet under you, as it were.
As an example, my wife and I decided to give each of our children a Biblical name. We also chose a middle name from our familial heritage, naming the boys after their great-grandfathers. The daughter shares a middle name with two older cousins. As it turns out, every single one of our children’s names is also the name of an honorable person from history. So we were able to combine all three strategies, giving our children a great tie to their religious, cultural, and familial ancestors.
What you do not want to do is get ‘cute’ when naming the child. Consider the actor/director Ron Howard, who gave his children their middle names based upon 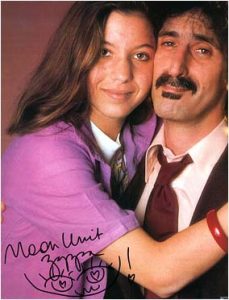 the location of their conception. That is ridiculous, regardless of what name is chosen. Ever after, their very names will be indicative of their parent’s copulation habits. That is silly. Much better would be tying the name to something lasting and honorable.
Celebrities are often the worst offenders at this ‘cute’ game. Consider Frank Zappa’s name choices: Moon Unit, Dweezil, Diva Thin Muffin…what the heck do you do with those? That is just insane. Courtney Cox and David Arquette named their daughter Coco. Jason Lee has a son named Pilot Inspektor. These poor kids have a long uphill climb to be normal, much less useful.
So as you proceed to produce Western offspring, keep these strategies in mind. Give careful consideration to the names you apply to each child.