Often, if you follow the news, you hear terms thrown around. One of those that commonly comes up is “ordinary Americans.” Pundits and politicians like to use it when they are pretending that they are aligning themselves with the interests of the common man. But what exactly is an “ordinary American”?
The Obama administration wanted us to believe that anyone who set foot in the United States was an “ordinary American.” They parsed it with some emotionally-laden words: dreamers, refugees, and the like. They pushed their agenda that anyone is the world who wanted to come to our country somehow, through an ill-defined process suddenly became “American” just by being here.  According to them, it did not even matter if they arrived here legally or not. Just being here was enough. Poppycock.


Look, let’s be honest. Even if someone followed the law to immigrate to the United States, that does not make them an “ordinary American.” They are not even American, much less ordinary. They are an exception, an anomaly, a variant. They are Mexican, Brazilian, Syrian, or whatever the adjective is that describes someone from their native land. They might be legal, but American? Not hardly. They are no more American than a Damn Yankee from Boston becomes a Texan when he moves to Dallas. He is a Damn Yankee and he will always be a Damn Yankee. Likewise, a Mexican who moves to Texas is a Mexican. A Syrian remains a Syrian, and so forth. A Somali who moves to Minnesota is still an African, not an American.
Ultimately, “ordinary American” does not rely solely on race or ethnicity. It relies on heritage, devotion, and allegiance. It is a matter of the heart and mind, combined with experience. Becoming an American cannot be done overnight. It is a multi-generational thing. To be American, one must be born to American parents (who are born of American parents, and so forth). That does not stretch back to eternity, of course, but that heritage should be far enough back that one’s home is here, not elsewhere. They do not look back to their homeland with longing. They look at this one with pride. They do not advocate for Mexican, Syrian, or Brazilian rights. They push for American rights. If push comes to shove, and they must choose between their ancestral land or this one, then there is no hesitation – America wins. Why? Because THIS is their homeland.
Here is a simple test for this: if a person is upset about Trump’s wall, then they are not American. I don’t care if their great-great-great-great grandpa came over on the Mayflower. Their devotion is not to America, but to something else. Whether another country, or some globalist entity, any other place besides America cannot be their preference, if they want to claim status as an American. Of course, I am not speaking about legalities, but deeper realities.
Within the confines of our country, we have White Americans, Black Americans, etc. We also have White, Black, etc. Non-Americans. Historically, the foundation of the country was based upon British principles for the benefit of Americans of British extraction. There were English, Irish, Scots, with a few Germans and Dutch sprinkled in. It was for them that the country was established. Still, those same folks brought over African slaves, and embedded them into the culture, as well. After 400 years, all of these folks have a historical claim. What matters now is where their heart is. Is it to the country as a whole? Or is it to some subgroup or foreign entity? If the former, then they are Americans. If the latter, then they are not. 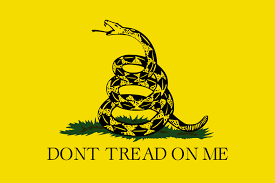 We are ordinary Americans. We know right from wrong, and are not afraid to speak out about it. It is the government’s responsibility to work for ordinary Americans. Those other fringe groups are not in a place to make demands. They live here at our good pleasure. If they poke the bear long enough, they will find themselves on a slow boat back to whatever hell hole they came from. They can take what we are willing to give, but no more. For too long, governmental policy has favored those groups, but that time is coming to an end, and rightly so. If they want to have a say, then they need to raise their children to be American, and then those offspring, in a generation or two, might be accepted as Americans. But “dreamers,” “refugees,” and the like are not Americans, and should remember their place.
So who are ordinary Americans? Those people who support, pray for, and fight for America. They get up every morning, go to work, raise their kids, go to church, and contribute to society. Ordinary Americans pay taxes (whether they like it or not), help neighbors, and make America a better place. They are net givers, not net takers.
Sincerely,
A Standard American Son of Bitch
Share this