Stories have always been important in Western Culture. We share our heritage with our progeny via story. In times past, these were shared orally. When printing became commonplace, we had books. When film was invented, we added movies. Today, we can use all of those media to share important elements of our past, exemplifying those things we hold dear. We have lots of control over our orally shared stories. Printed and filmed versions take more discretion, as there are many poorly conceived options out there. In this case, let’s consider movies.
Do you remember how everyone was just crying out for a remake of Judge Dredd? No? How about Conan the Barbarian? Robocop?
Over the past several years,  Hollywood has lost sight of what entertainment really is. Now, I am not saying that Hollywood was a shining beacon or anything before. It has been a moral cesspool since it first became the nexus of movies and television. While the general public frowned on divorce, abortion, and abhorrent public behavior, Hollywood took the lead in drawing the culture away from that stance. Who was  our first divorced president? Yeah, the former actor, Ronald Reagan. No, the current crop of scandals associated with Harvey Weinstein and many other actors, directors, and producers simply follows in the path that thier hedonistic Hollywood forebears blazed.  Feel free to see a sample here. 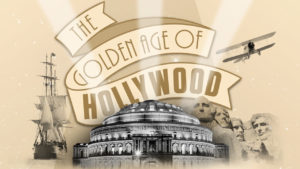 But at least back in the old days, amidst their evil lifestyles, Hollywood types knew how to entertain. Yeah, Errol Flynn stood trial for Statutory Rape, but he made one heck of a good Robin Hood. Now, I am not dismissing their excesses, but I am saying that they knew how to make a good movie. Those films tended to support traditional values, regardless of the actor’s lifestyles.
Today? The lifestyle is the same, or worse, but the entertainment level has dropped off precipitously.
Look, as much as I might like Jason Momoa in some roles (and he is pretty good in the Netflix show Frontiers), no one is going to be Conan except Arnie. That is just life.  Why the insistence on remaking movies that no one wants to see?
Back when Hollywood still made decent films, if a studio wanted to milk a franchise for as much as it could, it just make bad sequels. Each one tended to be worse the the ones before. So you get the classic Robocop, followed by the banal Robocop 2, before bowing out with the absurd Robocop 3.  They did not sit back and say, well, why don’t we just remake the first one again. No, that did not happen until the modern “Entertainment Industry” came along.
Where are the good, original stories? Today, we are inundated with horrible, unsatisfying, and unnecessary remakes.  How many Spiderman origin stories do we actually need? I think we are up to three in the past two decades, but I quit watching a long time ago.
In fact, the only “new” movies that are coming out with any real fanfare are of two types:

In both cases, these types of movies are used to push a SJW-soaked narrative. And  I think that leads to why Hollywood feels impelled to remake old classics. Those old movies did not push the approved narrative. They often showed classic morality (even if the actors themselves did not). They demonstrated that strength, honor, faith, and goodness were things to be sought after. Those things made our lives better. Hence, Hollywood must tear down that ediface.
Now, it must push disorder, hate, identity politics, and distrust of God.  Just consider the Star Wars franchise, as an example. In fact, consider one character, Luke Skywalker. In the original films, he was the eternal optimist, doing what was right, when it would have been much easier to just fade away.  He eschewed the opportunity to rule the vast empire, choosing to stand on the side of freedom and goodness, even saving his almost irredeemable father in the end. Now? In the most recent installment? He is the exact opposite. See our MOTW review here for more.
No thanks. If I feel the need to watch a movie, I think I will just throw in Sergeant York or The Searchers. Those films represent the culture of the West. Not the drivel coming out of Hollywood today. 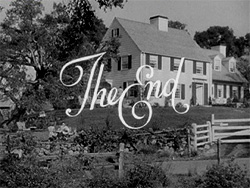 Beast Life: Back In The Saddle

How To Sharpen A Knife