We live in a morally backwards society. Our culture had deteriorated to the point where people aren’t supposed to be ashamed of anything that violates traditional morality and be ashamed of everything that does. Self-esteem trumps righteousness. The Social Justice Warriors (SJWs) are big on employing shame, but it’s wrongly applied because it’s not based on righteousness, it’s based on whatever they’re feeling at the time. They will try to shame you for standing up for what is right. The supposedly “progressive” elements of Western Civilization are Neo-Puritan busybodies doing their level best to flip the script. Their time has run out. 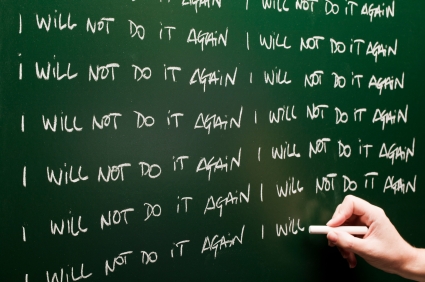 Shame used to have a place in this society and for the most part, it was rightly applied. Getting divorced without a really good reason was shameful. Getting pregnant before getting married was shameful. Having an abortion was shameful. Having an affair was shameful. Being on welfare was shameful. Living together outside of marriage was shameful. What’s shameful now? Not embracing homosexuality, being judgmental, being too masculine, etc. If the SJWs had their way, the things they hate would be blatantly illegal and The Men of the West would be in jail.
You know what you should and should not be ashamed of. Never be ashamed of doing what is right; but when you don’t, let shame be your guide. Shame, when properly applied serves as a corrective factor on an individual and societal level. The person who should be ashamed and is not should face exile or be ostracized. Shame is not forever though (for the most part). When you screw up, own up to it and correct yourself. Be a decent person.
How do you apply shame correctly? Shame can be be applied in many different ways, in many different scenarios, but in every case it should be done for the good of the person and not for your own gratification. Apply it judiciously and sparingly or it loses its effectiveness. Sometimes it’s as easy as standing up for your values and saying “that’s wrong.” Sometimes you have to cut someone out of your life. If you’re dealing with a friend or family member, take another friend along. Follow the Biblical model. Sometimes it’s a disapproving look or a snort of derision. Sometimes it’s refusing to participate in someone else’s sin. Sometimes, and this should be rare, you berate someone openly; but only employ that method for the most egregious behavior.
I’d be interested in hearing your stories of shame and course correction no matter which end of it you were on, let me know in the comments.

Woman: Not in Her Place?