Donald Trump’s victory is generally seen in a positive light by Men of the West. Certainly, there are things about the man that we do not like. He has some policies that we do not agree with. Generally, however, his win indicates that people of the West are opening their eyes for the first time in a long time.
They looked around at the Culture of the West and recognized it for what it truly is – crumbling. So they stepped up and did something about it. You can see this from the overwhelming number of votes Trump received from White Americans.
So we are at an important moment. Finally, those typically considered to be the descendants of Western Culture struck back at their opponents – globalism, egalitarianism, etc. With a loud voice, they shocked pundits and prognosticators, and elected a man who has promised to turn back the tide. 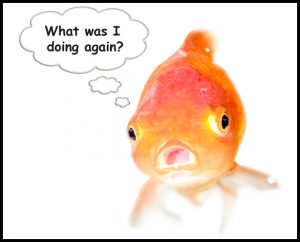 While this was a glorious moment, that is all it is. A moment. Trump proclaims that it is a “Movement,” but that remains to be seen. A movement requires action. It requires a focused direction. That means that we must maintain our momentum.
Which leads to a serious problem. Americans in general have horrible attention spans. While we can rise up and accomplish great things when motivated to do so, we often lose sight of the bigger picture, and myopically focus on the task at hand. While that focus is important, in order to complete that task, we must not forget that each individual task is part of a more comprehensive whole.
In the last 15 years, the average American attention span has declined by nearly 4 seconds (or 30%). In 2000, the average attention span was 12 seconds. Now? Slightly more than 8. To compare, a goldfish has a 9 second attention span. You can read more about that here.
This is an issue that we must overcome. Sure, we defeated the globalist agenda in this election. We removed the Clintons from their prominent positions of power in government, but we cannot forget that our enemies are still active. They are not going to stop, until we stop them.
The election was simply one battle in a much larger war. It is imperative that we not take our eyes off the prize – total victory, where our enemies are ultimately and totally defeated, never to rise again. Just as D-Day was a great triumph, it did not end the war. It gave Allied forces a foothold they were able to use to bring final victory. So, in the same way, Trump’s election provides us a reprieve (we hope), allowing us to gain a firm setting from which we can win in larger ways.
That cannot happen if we allow ourselves to be distracted. As Lector mentioned on the day after the election, “Savor the Victory. Then get back to work.” Our task is not complete. In fact, we are just getting started. Try to be more focused than a goldfish, else we risk losing the ground we have gained, and slipping further away from the communities, societies, and culture we seek to restore.