One of the main tenets of the Men of the West core values is that of building a strong community. We endeavor to reclaim our Western Culture, and that includes developing strong, meaningful communities. For the past century (or more), our traditional communities have been eclipsed by modernity.
We get up in the morning, go through a door connecting our kitchen and our garage, get into our car, and open the garage door remotely. We then back out, drive down the road, and go to work, the store, or whatever destination we have chosen. We do not see our neighbors. We are isolated in suburban hell. 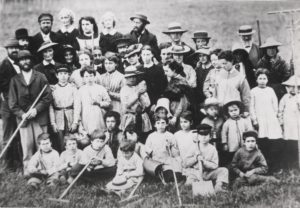 In days of yore, people lived in communities. They knew their neighbors well. They spent time together and helped one another. They supported and encouraged, cajoled and admonished. There was a give and take that existed between people who lived in close proximity to one another. People in any given community tended to be similar in worldview and  their expectations of the people around them.
They knew whom to trust, whom to avoid, and made choices accordingly. Today, this is not the case. Not only do most modern urban Americans have little meaningful contact with neighbors, they find themselves surrounded by people NOT LIKE THEMSELVES. I am not talking individually about race, ethnicity, religion, or political affiliation. I am talking about the conglomeration of all of them, and more. The entire world views of the residents of any given neighborhood in modern American cities are as varied as could possibly be. What does a white Christian man, whose ancestors dug this civilization out of the wilderness 400 years ago, have in common with a Hmong woman, who is an animist , deferring to her shaman, and who came here 10 years ago? Not much.
So what do we do about building community?
Well, technology taketh, and technology giveth. Sure, technology has helped in bringing about the current problems. Industrialization helped lead to urbanization, which was a horrible blow to traditional communities, as young men moved away from their homes, looking for jobs in cities to replace the shrinking number of agricultural opportunities. Sure, technology led to better methods of transportation, allowing people from all over the world to flock to our shores. So yeah, technology has hurt. [Note: I am not saying technology is bad. I am just saying that the improved technologies have been used to help the opponent’s position in many cases].
But at the same time, technology has given us computers and the internet. Look, I know there is only so much we can do behind a keyboard. That is why we repeatedly encourage people to make real, honest to goodness, flesh and blood connections with people. We provide some resources to help you improve your shooting, fighting, wood working skills, and many other things. Those are real life things that can help, in some small way, to a rebirth of Western Culture.
And we should not overlook that fundamental concept of community. The internet has given us a great opportunity.
Here at Men of the West, we have many authors, editors, admins, and contributors. We come from North America, Central America, Europe, Australia, and Africa. In the United States alone, we stretch from California to New York, and from Idaho to Florida. How did we all come together? It is surely not because we live near one another. It is because we found ourselves, through various online opportunities, in the same boat. One guy “meets” another online, discussing politics, and they find they have much in common. Emails, etc. are exchanged. A sort of distant friendship begins to develop. Eventually, they may even meet in person. In fact, we encourage that.
See, we are not expecting that everyone who reads this will become a part of our group. We want to encourage you to do the same thing in your own life. Begin to build relationships with one another. Help each other out in any meaningful way that you can. Begin to plan real-life meet ups, when possible.
Most of the Men of the West cadre has known of each other for anywhere from 5-20 years. We tended to meet up in a few online places and got to know each other there. Then via Facebook and other social media, we got to know each other more personally. Some of us found that we live fairly close, so we began to meet in person. Finally, a few years ago, we began a large “reunion” each year in a fairly central location (which changes). Europeans have flown in. People from all corners of the USA have flown or driven. Sure, not everyone makes it every time. Life happens. But once we do meet, we report it back to everyone else, and they get to read up on all the fun. It is like a huge family reunion, except you are excited to see every single person who makes it, and you are disappointed about every single one who does not.
My best friends in the world are the men of this site. A few live within a hour of me. A few more live within two. The vast majority are 8 hours or more distant. 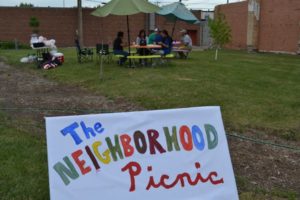 Here is my point. We are a group of men who saw a problem and are trying to fix it. It took us 20 years to get to this point, because we simply had no rulebook or map to follow. We hashed it out ourselves. We are trying to provide you with a shortcut. We are not asking you to be a writer for this site, or even to get to know us in person, though that might be a fine thing. What we are asking is that you begin to build your own communities. Of course, eventually, your community and ours (and others) will begin to bump into one another. That is when we will know that we are victorious.
Just as 19th Century America had strong communities in every town, so 21st Century America needs to rediscover that sense of closeness. With the benefit of your internet connection, you can make that happen. Start now, and you won’t have to wait 20 years. You can be up and running in a year or two. Meet people – in fact, you probably already know at least a few – that you find commonality with. Get to know one another online, and then take it into the real world. Once you build those relationships, decide what you, as a group, could be doing to support Western Culture. Then do it.
It probably won’t be the same things we do here. But it will be good and important.
Carve out a new community, and build our civilization back up. This happens one conversation, one picnic, one community being built at a time.

The Man in the Arena