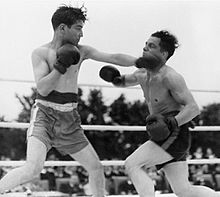 Too often, modern folks believe that they have figured everything out and that wisdom from the past can be ignored. As a case in point, note that young people often rebel against parents. I suppose that most every generation goes through a phase of “you just don’t understand. Things were different when you were a kid.” While this phase is natural, in previous eras, people grew out of it. Not so much today. Baby Boomers still tend to have this mindset and have passed it down to their millennial children.

I once overheard a college-age fellow opine about the ignorance of past generations, proclaiming that modern people were “smarter.” I find it ironic that this same guy had trouble grasping the nuances of his own native language in conversation, and relied on his phone for basic information. I doubt he could even remember his home telephone number, as he could simply look it up.

Compare that to folks from the past who could recite entire treatises from memory, and converse in multiple languages with ease. Sure, we are smarter today. (Consider this a friendly reminder that the previous sentence was written sarcastically).

One of the most egregious and damnable effects of this antipathy toward the wisdom of the past is in the raising of children. Face it, modern children, especially boys, are raised to be weak. Strength is looked down upon. There is a drive to encourage sensitivity and feelings, at the expense of manliness and power.

And how does one become good? According to St. John Chrysostom, parenting is an important component of this character development. “Let us pass to the despotic part of the soul, spirit. We must not eliminate it utterly from the youth nor yet allow him to use it all the time. Let us train boys from earliest childhood to be patient when they suffer wrongs themselves, but, if they see another being wronged, to sally forth courageously and aid the sufferer in fitting measure” (from his “Address on Vainglory and the Right Way for Parents to Bring Up Their Children”).

We need parents to teach their boys to react to circumstances with a measured response. They are not to unnecessarily lord their strength over others, but in proportion to what is going on. They can endure slights to themselves, following Jesus’ admonition to “turn the other cheek,” but at the same time, they do not have to sit silently by and watch others being wronged.

Instead, they should “sally forth courageously” in “fitting measure” to right that wrong. Notice St. John’s words there – we must not utterly eliminate the “despotic part of the soul, spirit” from boys. Surely, we do not allow him to use it “all the time.” Still, there is a time and place for a man to become “despotic.”

The concept of a despot rests on power. Webster presents the idea of ‘total power over others.’ So parents should train their boys to be men, and that means that in some situations, the young man should be, and must be, willing to step in and powerfully address grievances, especially those placed upon the weak and helpless.

The despotic response should be appropriate, not over the top. But it must not be ignored. It is ridiculous to believe that it is better to sit idly by and allow women and children to be abused by another than to step in and rectify the situation.

Men must be doers. We must stand up against wrongs and make them right. It is important for parents to recognize that, and train up their young men to be heroic despots, when needed.

It is long past time for us to teach our boys to sally forth into the fray to aid the suffering.

Teach your boys to be men.

What Is Wrong With America?