In an earlier article, we discussed the importance of parent’s fostering a healthy ‘despotic’ nature in their sons. However, there are many other important components to good parenting. Forefront amongst those elements is raising chaste children.
Face it, we live in a sex-saturated society. Now, don’t get me wrong. Sex has always been around, and it has always been a temptation. Just read the scriptures, both Old and New Testaments, and then see how often the authors compose admonitions, encouragements, and threats regarding faulty sexual activity. If you want to take the time to do so right now, fine. If you want to wait and do it later, just trust me – you will find those things on nearly every page.
St. John Chrysostom, in his Homily 9 on 1 Timothy, explains the gravity of raising our children:

In children we have a great charge committed to us. Let us bestow great care upon them, and do everything that the Evil One may not rob us of them. But now our practice is the reverse of this. We take all care indeed to have our farm in good order, and to commit it to faithful manager, we look out for it an ass-driver, and muleteer, and bailiff, and a clever accountant. But we do not look out for what is much more important, for a person to whom we may commit our son as the guardian of his morals, though this is a possession much more valuable than all others. It is for him indeed that we take such care of our estate. We take care of our possessions for our children, but of the children themselves we take no care at all. Form the soul of thy son aright, and all the rest will be added hereafter.

In that same sermon, St. John focuses on chastity:

Youth is wild, and requires many governors, teachers, directors, attendants, and tutors; and after all these, it is a happiness if it be restrained. For as a horse not broken in, or a wild beast untamed, such is youth. But if from the beginning, from the earliest age, we fix it in good rules, much pains will not be required afterwards; for good habits formed will be to them as a law. Let us not suffer them to do anything which is agreeable, but injurious; nor let us indulge them, as forsooth but children. Especially let us train them in chastity, for there is the very bane of youth. For this many struggles, much attention will be necessary. Let us take wives for them early, so that their brides may receive their bodies pure and unpolluted, so their loves will be more ardent. He that is chaste before marriage, much more will be chaste after it; and he that practiced fornication before, will practice it after marriage. ‘All bread,’ it is said, ‘is sweet to the fornicator.’ Garland are wont to be worn on the heads of bridegrooms, as a symbol of victory, betokening that they approach the marriage bed unconquered by pleasure. But if captivated by pleasure he has given himself up to harlots, why does he wear the garland, since he has been subdued?

Look, we can argue about where to draw the line on such things. Some allow their children to watch certain movies or play certain games, whereas other parents impose stricter limits. Trying to find where that line should be drawn is not my purpose here.  I also do not want to imply that sex is bad, in and of itself. I want to be clear: sex is wonderful – when it takes place within the confines of the marriage relationship.
I just want to remind everyone that we cannot adhere to social mores of a sinful society. We must look to our Christian heritage to define good and evil. If we train our children when they are young, they will be much more likely to hold fast to that teaching when they are older, as the famous Proverb advises. 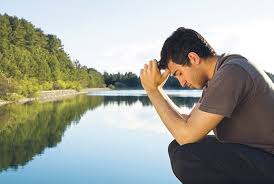 If we fail to properly train our children, they will most likely not follow Christ’s teachings. As St. John advocates in the second passage above: If we allow them to be unchaste in their youth, they will not be chaste as adults. Of course, that is not a monolithic statement. There are exceptions. The passage is speaking to generalities, and there is not really any credible argument against this teaching.
We set our children up for failure, if we do not teach them to be chaste before marriage, and offer themselves to their spouse unsullied.
The younger the child is when the training begins, the easier it will be to succeed.
I am not saying that fornicators cannot become good, faithful husbands, but simply that they will find the right way to live as a husband much easier to follow if they remain chaste beforehand.
I realize there are some traditions where fathers would take their teen sons to “sow their wild oats,” but I find those to be abhorrent. They are ungodly practices, and should not be done. Much better is to follow scriptural teachings, and the Bible is clear that the appropriate lifestyle is one where men and women remain virgins until marriage, and then never have sexual relations outside of that relationship.
Consider the ramifications of such a practice, if it became widespread. Sexually Transmitted Diseases? Cease to exist. Children born out of wedlock? A memory. Broken families because one partner (or both) cannot control his (or her) lust? No more.
The world would be a better place. Again, St. John offers important, timely, and correct parental teaching, and we would be wise to follow it.