Think back to your younger days. I am not talking about your infancy or young childhood, but your later teen years and on into your early adulthood. How smart were you? By this, I refer to your decision-making abilities, not your inate intelligence. Did you make stupid decisions? Did you do things you should not have? 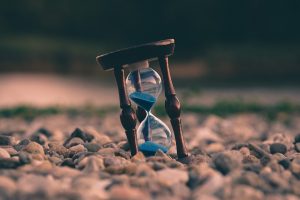 If you can honestly answer that you had all your ducks in a row, then this article is not for you. For the other 100% of us who are being honest, we can admit that we did all kinds of stupid things. The old adages that “youth is wasted on the young” and “I wish I could go back with the wisdom I have now” exist for a reason. Of course, those experiences helped to shape us, but many of us deal with the consequences of those moronic decisions, often for the rest of our lives.
We do trust that God will follow through with the promise that He will work out all things for good for those of us who love and trust Him, but seriously, we could have made much better choices back then.
Now, think about your own children who might be in that age range. Do you really expect them to be that much better than you were? Of course not. Their problems may not be our old problems, but they will have something that they struggle with. We all do.
When I think back to how my dad dealt with my youthful idiocy, I remember him approaching it in two ways: First, before I reached legal adulthood (and still lived at home), and second, after I did reach that age (and moved out). During the first stage, I was punished for stupid behavior, appropriate to the deed. He even once threatened to take me out in the back yard and beat the crap out of me (thankfully, he refrained). In that, I learned that my actions had consequences, though that lesson did take a little while to stick.
My focus here is on stage 2, once your child is old enough to make his or her own decisions, and you are no longer legally responsible for their behavior. I know that I still continued to do dumb things for a few years after reaching that point. I suspect you did too, and our children will most likely follow suit.
When I reached that age, dad stepped back a bit. He would still offer advice, but punishment was not on the table at that point. He would ask questions and try to guide me with his wisdom, but he did the hardest thing a parent can do – he let me make my mistakes and learn from them. In fact, the only threat I got during this period, from dad, was something along the lines of “Have you been going to church? Do I need to call the local preacher and have him make contact?” That was it. He gave a few warnings and admonitions, but bravely let me make my own decisions and deal with the consequences.
And I did learn. It took a few years, but I learned. Then, all those lessons he had taught me for my whole life started to make more sense, and I returned to the life he wanted for me.
He was patient. He prayed for me.  Eventually, we reach that point with our children. We have to let them go. I don’t mean we cut them off for dumb decisions, but rather that we step back and let them live their own lives. If you have done a good job parenting, we hold onto the promise that if we train them in the way they should go, when they are old, they will not depart from it. 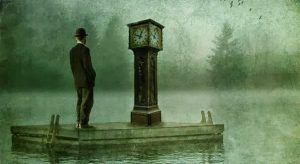 Is it hard? It is the hardest thing I have ever done. I have been in situations where bullets were flying 18 inches over my head. I have been in many other situations that would make your flesh crawl and shrivel your soul. I have watched loved ones die, both peacefully and in great violence. I have lost many that I cared about. I have held weeping parents and children. I was once attacked by a prisoner in a jail (I won, so no worries). None of those things is as difficult as purposefully letting my children make dumb decisions. But it is the right thing to do.
Be patient. Pray for your children. Be there, ready to give advice and to welcome them back. It will seem dark at times. Your heart will ache. You may have sleepless nights. As Jesus told us in the story of the Prodigal son, the father let his son go and make mistakes, but was watching and waiting for him to return, running out to hug and greet him, once the child wised up and returned. Sometimes, that is what we have to do.