Unless you have your head stuck in the sand somewhere, you have seen how bad our society has become. We are living during a time when Hollywood has not only confirmed our suspicions, but gone beyond what most of us could have possibly imagined. Consider this post from Vox Day, where he links to other sources that speak of the horrific sexual exploitation and abuse of young actors. Honestly, if that doesn’t make you sick, then you have something wrong with you – and that is exactly the problem in Hollywood. They are sick with a demonic sickness. 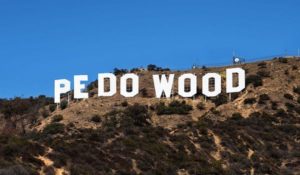 Sure, any reasonable person has known that our entertainment industry has been sick for a long time. They have pushed miscegenation, homosexuality, illicit sex, drugs, and more for years. They have bashed religion, especially Christianity, normalcy, and traditional values. But did you really expect that not only have movie executives abused adults, they have targeted children, leading to death, mental illness, drug abuse, and more.
Still, it is not just Hollywood that assaults Western Culture. Our political machine does as well. We live in a world where the longest serving Speaker of the House of Representatives  (Dennis Hastert) was convicted  (after admitting it) of sexually abusing boys back when he was coaching wrestling. He is hardly the only sexual deviant in Washington, D.C.
And where did Hastert commit his crimes? When working in the public schools. Hardly a day goes by that we do not see yet another teacher abusing a student. The school system is a cesspool.
So our educational, entertainment, and political structures are totally devoid of goodness. They are not only non-Christian, they are outright evil. It is enough to make some folks despair. Well, if you are not a Man of the West, anyway.
So that is the bad news. Here is some good news.
We are winning. Oh, it may not always look like it. It won’t be easy. There are plenty of battles to still fight. But we will win. It is inevitable.
So what can we do? We fight every battle that comes before us.
So Hollywood is degenerate? Quit supporting degeneracy. I am not saying that you can never see another movie, though some have taken that route. What I am saying is that we must avoid those films that are antithetical to our worldview. A movie glorifying homosexuality? No thanks.
I am also not saying that we have to go watch “Faith-based” movies, if they are not up to snuff. No need to support mediocrity. At the same time, there are a few pretty decent movies out there. For example, Kevin Sorbo and Sean Hannity recently put out Let There Be Light. I went and watched it, and was pleasantly surprised. It was an enjoyable film. Certainly, it was not the greatest movie ever made, but the acting was good, the story was worthwhile, and it supported Christianity.  Definitely a step up over most of the garbage coming from Hollywood.
Find worthwhile entertainment and support it.
The educational system is evil? As we have argued since we first began posting here, HOMESCHOOL YOUR KIDS. For the love of God, get your kids out of public 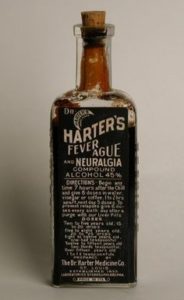 schools and take the responsibility to train them yourself.
The political system is devoid of morals? Kick the bums out. At every election, refuse to support degenerates. Support those who stand for Western Culture. Be involved, as much as you can, in enacting change in your local governments, state governments, and yes, in Washington.
In every avenue, support goodness and fight evil. When you see evil, confront it, just as Stephen Willeford and Johnnie Langendorff did. BTW, have you signed the petition to award those two heroes the Medal of Freedom? If not, then do so. That is one simple way to support good things.
Yes, the world is sick. It is evil. We cannot ignore it. We have the medicine that  the world needs. We have Christ. We have Western Culture. We have those things that are good and true. Be bold. Be firm. Be strong.
Go get ’em.