We have discussed voting and some related considerations several times on these pages, but ultimately, we need to have come concrete recommendations. That is what I plan to do here. Below are some very specific things that need to be changed in our current voting laws. Note that my comments are based upon the current situation, including immigration, migration patterns, etc. It is possible (and desired) that there are major changes to those activities, as well, but for this article, I will assume that current trends hold. I will also exclude related issues, such as who should be eligible to run for public office. 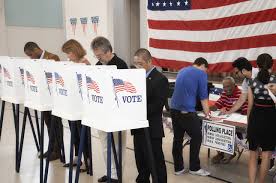 I think that is a good place to start. Do you have any other suggestions? Add them in the comments below.

Book Review: The Coming of Christianity to Anglo-Saxon England