Here at Men of the West, we advocate taking back our culture. What do we mean by that? Exactly what it says. For too long, we have allowed those who are seeking to destroy us to have power. We have given away our Universities, Government, and even allowed them to severely damage our families.  Think about it. There was a time when the brightest among us would go to university, receive a superb education, and then work to bring advancements for those around us. Today, the  university has become a cesspool of cultural Marxism, where our young people are indoctrinated with evil viewpoints that lead them away from what is good, true, and right. There was a time when our governments (federal, state, and local) worked primarily for the benefit of the citizenry. Of course, there have always been scalawags, but they did not have a stranglehold on the halls of power. Now? For the past century (or more), we have seen our rights eroded and power removed from the people. There was a time when our culture realized that the family was the foundation upon which healthy societies were built. We encouraged traditional marriage (and yes, it is only between a man and a woman), and we celebrated the birth of children. Today, we have homosexuals being “married,” even more folks shacking up, and children treated as distractions (or used to gain more welfare), if they are not murdered in the womb. The list of things that we have lost, or are losing, could go on ad infinitum. 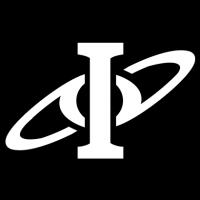 So what should we do to take them back? Honestly, it will take a multifaceted approach. In some cases, we can simply step up and begin the process of returning normalcy to these various aspects of our culture. We can demand that colleges and universities return to their original mission, education. If they do not, then we do not send our children to them. In that case, we seek alternatives. This might be going back to the apprentice system, which is a valuable and needed method of instruction. We can create other alternative means of education. The sky is the limit.
Information has been controlled by the Marxists/Globalists for too long. That is why resources such as Infogalactic are so important. It is more than just an alternative to Wikipedia, which is hopelessly converged. Infogalactic is a new and improved repository of information for the Man of the West. As a first step, start using it, rather than the converged sites.
Hopefully, we are seeing a change in direction with government in the United States, as President Donald Trump has so far begun to shake the halls of power, and has promised to return the power back the citizens of the country, removing it from the overlords of Washington (from both parties). His inaugural speech, where he blasted the elitists, was a thing of beauty. Will this momentum continue? We shall see. If so, then fantastic. We should do everything in our power to encourage it. Write, call, and speak with your representatives. Let them know that you support Trump’s policies that accomplish this objective. If your elected officials know that most people support this perspective, they will be more likely to vote accordingly. Remember, they are enmeshed in a broken system, and it will take a shock to bring them out of it. If they do not do as needed, then vote them out. For too long, Americans have complained about Washington, but said, “of course, MY representative or senator is not like that.” Wake up. Of course your guy (or gal) is like that. That is why the system is broken. If needed, actually vote against that person. Just do it. No matter what, be in constant contact with them, so they know where you stand. Abortion is one key area that you really need to harp on. A culture that kills its children is no culture that should survive.
Local governments are easier, as you can go down regularly and see them face to face. Do it. Get involved in your local community. Make a difference that way.
If you are not married, then find a good Christian woman and start a family. There are no excuses. Just do it. Be a good husband who protects and provides for his family. Work hard, and be a good example for your children. Raise them to do the same. Raise them in Church. Teach them right from wrong, and live it. Train your boys to be men and your girls to be ladies. If necessary, start a new business that advocates the proper cultural views. Some of our friends have done that, and are making a difference. Train your children to use firearms. Teach them how to fight and when to fight. 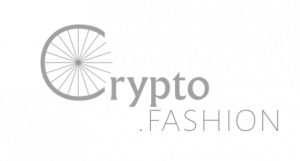 Be involved in your church. Now, I am not talking about Churchianity. We are not advocating that anyone support a SJW-converged church. If a “church” has a woman pastor – run. They are not preaching God’s word. Find a good traditional church that actually proclaims God’s word and give yourself to it. Align yourself with God and you will be unbeatable.
These are a few of the things that we can do. We can force change in the broken system. Where we find components that will not change, then we can help them die, replacing them with alternatives. This might take some creativity on your part. That is fine. You are a Man of the West. You have been creatively overcoming obstacles for centuries.
This is our time. This is our place. This is our task. God help us to do it well.